On Monday, March 22nd at 5:00 p.m., every Republican House member will have the opportunity to vote against illegal immigration and instead, protect jobs for legal Tennesseans.

E-Verify turns off the jobs magnet which draws illegal aliens to the state, a growing problem in Tennessee. 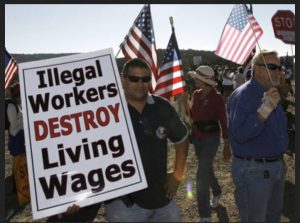 E-Verify is a FREE federal database which checks the social security numbers of newly hired employees against Social Security Administration and Department of Homeland Security records to help ensure that the new employee is eligible to work in the U.S.

Griffey has filed a motion under Rule 53 of the House Permanent Rules of Order which if passed, will enable every House member to “put up or shut up” about the growing problem of illegal immigration in Tennessee.

The challenge for Griffey, however, is that his Rule 53 motion to “recall” (ie, pull his bill out of the committee process), requires two-thirds of the House members to vote “yes”, instead of the regular 50 vote majority.

Legislators needing an “urgent” bathroom break or having to take an “urgent” phone call may absent themselves from a vote that puts them between the Chamber of Commerce and NFIB small business lobby, and the constituents who voted them into office.

Rep. Jeremy Faison (R-Cosby), was conveniently absent from the Subcommittee when they voted to kill Griffey’s bill. Faison, who describes himself as a small business owner, also serves as the House Caucus Chairman. Faison received political donations from NFIB and the Chamber of Commerce, a mere five days before the start of the 112th General Assembly. Not much of a long-shot to guess that Faison will do what he can to defeat Griffey’s Rule 53 motion. 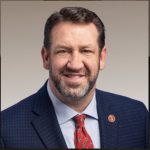 NumbersUSA, a long-standing D.C. based organization which lobbies Congress for sensible immigration policies has said that “[t]he single best action Congress can take to significantly reduce illegal immigration is to require all businesses to use E-Verify.” A new bill has been introduced in the current Congress to again try and mandate that all businesses use E-Verify.

It is highly unlikely that the dysfunctional Congress will pass sensible immigration reform which puts the interests of American citizens and legal immigrants first. Until then, it is up to state legislatures to take action.

In 2007, NFIB reported that “[s]eventy-three percent of NFIB members” supported a phased-in mandatory use of E-Verify by all employers of any size because voluntary use “put[s] users at a disadvantage should their competitors hire undocumented workers.”

In Tennessee, current state law makes the use of E-Verify optional for businesses with fewer than 50 employees. When Tennessee first passed its E-Verify law in 2011, businesses with 6 or more employees were required within one year to begin using the system. In 2016, the General Assembly caved to special interest lobbyists and raised the employee threshold to 50 employees.

Its time Tennessee legislators should have to put action behind their fake opposition to illegal immigration.

1 thought on “Will Any TN House Members Vote to Protect Jobs for Legal Tennesseans?”