March is the month that Tennessee House members shifted remaking the state into high gear – illegal alien workers are welcome, racism is a public health threat and made the case for more RINOs to be elected!

House members have twice elected Cameron Sexton (R-Crossville) to lead as Speaker knowing that he is a card carrying member of RINO Central, aka, the Southland Advantage fundraising firm whose stable of clients include super-RINO Steve Dickerson (voted to support ballot harvesting), Eddie Mannis and La Raza Randy Boyd.

Even if the company Sexton keeps doesn’t concern Conservative voters, his choice of Southland given its traitorous, scandalous and unethical conflict-of-interest ridden history, should.

When Taylor and Walker Ferrell, Southland’s husband and wife team, launched their political shop in 2015, both were employed by and embedded in the Tennessee Republican Party – Walker was the Political Director of the state party, and Taylor was employed as the Interim Finance Director.

All three of Southland’s first stable of Republican clients were recruited to oust proven incumbent conservatives.

All three of Southland’s candidates lost their primary races. 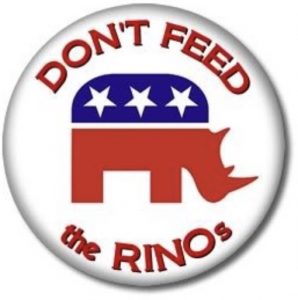 2016 was a busy year for Sexton – he sponsored the National Popular Vote bill and was rumored to have been testing the caucus waters for a bid for Speaker. While it took him four more years to ascend to Speaker, he did so bringing along his tainted perspective of how representative government is supposed to work.

Given his history and affiliations, it’s no doubt that the cowardly Republican caucus suspected that a good RINO like Sexton would be willing to abuse his authority and shield them from inviting illegal aliens to work in Tennessee. Dropping the gavel before any member could even turn on their microphone to offer a second to Griffey’s Rule 53 Motion followed by stripping Griffey of his committee assignments, is a too obvious move to protect caucus RINOs from Chamber and NFIB wrath.

It wasn’t that long ago that Speaker Pro Tem Pat Marsh, an illegal alien protectionist, supported awarding in-state college tuition to illegal aliens because, “I go into the local schools and see these immigrants in leadership roles in our schools. They’re the star athletes. They’re the star students. They deserve a chance to move forward in their lives …”

Earlier this month, in true BLM-style, the House Health Subcommittee passed a joint resolution affirming that all Tennessee doctors are racists. Only two Republicans voted against it in the full House committee and even though it’s going back for another round in the full committee, it’s a safe bet that whatever gets passed there again, will be passed by the cowering Republican caucus.

No doubt the even more liberal Senate Republicans will agree and “recognize racism as a public health threat.”

The resolution in question is centered around the pro-abortion American Medical Association’s (AMA) declarations regarding an alleged connection between structural racism and public health.

Like other medical venues which are “laundering their progressivism” under the guise of public health, the AMA is also pushing the climate change. During the Trump administration, the AMA issued a statement criticizing the protective separation of children and adults after crossing the border illegally. There’s no record of the AMA speaking against the same policy practiced during the Obama administration.

The same divide between Conservative and Establishment Republicans in D.C. is also happening in our state legislature. How did we end up with a governor who campaigned as a “conservative outsider” but whose policies and agenda for Tennessee ignore critical issues like real Constitutional carry and the impact of illegal immigration on Tennessee’s legal workers?

Was anyone else laughing out loud when the American Conservative Union (ACU) ranked the Tennessee General Assembly as the most conservative legislature in the country for a consecutive second year?

But that was in 2017, and A LOT has happened since then including a continued decline in the conservative profile and ACU ranking of Tennessee’s House and Senate.

In 2020, the Senate’s average conservative ranking fell by a full 10 points from the prior year, to 75% while the House fell by 11 points to 78%. The slide of phony conservative legislators into RINO-ism is often subtle and difficult to nail down explicitly; it is best looked at as a downward trend taken in a series of mostly small steps.

For example, when Rep. Jeremy Faison (R-Cosby) ran for the first time in his rural east Tennessee mountain district that includes Cocke, Jefferson, and Greene counties, he labeled himself “the conservative”.

A few terms down the road and “the conservative” Faison pushed for legalizing marijuana medical treatments whichhe said, “has no side effects” as compared to alcohol, relying on the standard canard the left and old burned out hippies have been pushing for decades that marijuana can provide medical benefits.

Was Faison’s idea that marijuana would be Cocke County’s biggest cash crop and the pot growers could just start bottling the oil in the field; “farm to table” would, after all, be in keeping with current trends. It will also legalize the weed industry already in place.

Faison also appears to have taken the RINO road on illegal immigration. In Faison’s now deleted 2016 op-ed he wrote that:  “Two of the three top Republican presidential candidates want 30 million illegal immigrants deported. Many of these illegal immigrants have family members that are citizens. No president will ever deport. Republicans should build a bridge to their community with concrete, achievable solutions.” This is probably why he filed to be a Marco Rubio delegate in 2016 due to Rubio’s position to amnesty illegal aliens.

And now for a flashback laugh of the day that no one could seriously fabricate – Faison’s bill making it legal for Tennesseans to raise and sell skunks Creating a ready-made market for pot pet specific products like those being sold in California? 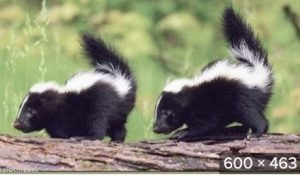 If you’re thinking House member conservative sell-out, know that Faison is not alone.