And in the process, enable local governments to be run by Marxists, diminish the opportunities for lesser-skilled workers, and generally degrade the quality of life for freedom-loving Tennesseans.

Every time the governor or a member of the Tennessee General Assembly rolls out the “we’re a business friendly state” excuse for why they won’t vote to do X or Y, they should be reminded of four things:

1.abetting the emerging business-driven “soft” vaccine mandates in Tennessee will not end well for incumbents

The Equal Employment Opportunity Commission (EEOC)’s December 2020 guidance on vaccinations does not prohibit employers from requiring COVID vaccination as a condition of employment, but does recognize that there are exemptions for certain disabilities and those with a sincerely held religious belief.

Any number of bills related to COVID – SB7/HB10, SB320/HB794, SB564/HB1269, have fallen by the wayside this session. One bill still standing and which may provide some degree of protection is SB187/HB13 which preserves the religious exemption for COVID and its variant vaccines.

However, it does not apply to private businesses so individuals may have to avail themselves of the EEOC process. An amendment was filed by Sen. Haile that also exempted government-run hospitals, nursing homes and public universities so employees and perhaps even university attendees and nursing home residents may still be subject to an institution mandated vaccine program. 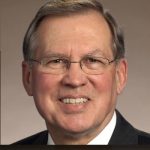 Republicans legislators tend to send a message of semi-appeasement, indecisiveness and lack of backbone on very controversial issues. Democrats, however, have no problem sticking together and casting morally reprehensible votes against bills like Rep. Tim Rudd’s “Unborn Child Dignity Act” which requires burial or cremation for aborted babies.

Rudd described his bill as seeking to “extend the protections, dignity and respect of a deceased surgically aborted child as granted to any other deceased human being…the bill would make the same level of respect applicable as currently available to pets.”

Despite recognizing the connection between job development, employment of Tennesseans and illegal immigration, Haslam reneged on his campaign promise to “do everything within my authority to be sure that Tennessee does not attract illegal activity.” He refused to sign the sanctuary city bill in 2108, so it went into law without his signature.

Gubernatorial candidate Bill Lee said he would have signed the sanctuary city bill. Governor Bill Lee, however, has been silent on the 67,000 illegal aliens taking jobs from legal Tennesseans.

As to the employment of illegal aliens in Tennessee, the General Assembly and its conflict-of-interest driven voting, is complicit in throwing legal Tennessee workers and conservative voters under the bus in deference to the wishes of the Chamber of Commerce and NFIB, because “we are a business friendly state.”

In 2018, for example, former governor and never-Trumper Bill Haslam handed over $20+ million of Tennessee taxpayer dollars to get Alliance Bernstein (AB), a NYC investment management and research firm, to move its new corporate headquarters and its leftist wokeness to Nashville.

At the time, Lamar and Corker couldn’t heap enough praise on Haslam for bringing in more New Yorkers to benefit from living in a no-state-income-tax state – a product of a more conservative leaning legislature buttressed by hefty and sustained support from voters.

Upon arrival, AB didn’t hesitate to try and use its economic weight to influence the Tennessee General Assembly’s work. In 2019, AB joined with the likes of Taylor Swift, Amazon, the Equality Project and the Nashville LGBT Chamber of Commerce to oppose bills which they claimed discriminated against the LGBT community.

Included in the bills to which AB and its allies objected, was the “Tennessee Natural Marriage Defense Act,” (SB1282/HB1369), intended as a response to the Obergefell decision and to uphold the Tennessee Constitution’s “defense of marriage” provision (one man and one woman being the only legally recognized marital contract in Tennessee).

It’s a telling and troubling sign that this bill was never heard in any committee and that a Republican supermajority legislature couldn’t find its way to support the state’s Constitutional amendment which was approved by 81.3% (close to 1.5 million votes) on the November 2006 ballot, and approved overwhelmingly by all four of Tennessee’s socialist counties.

Founded in 2016, The Equity Alliance mission is to build black and people of color power. The campaigns to “build power” include corrupting Tennessee’s voter integrity laws by pushing to expand absentee voting and vote by mail. Their 501(c)(4) Equity Alliance Action Fund (the Fund) is a member of the Nashville Justice League (NCL) which has successfully helped socialist candidates get elected to the Metro Nashville City Council; their success has been championed by the Marxist group Liberation Road. 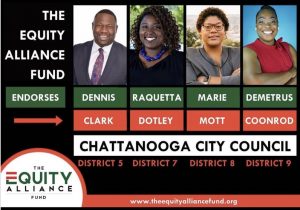 The Fund endorsed Marxist candidate Marquita Bradshaw in the 2020 Senate primary. She lost but another of their chosen “progressive” candidates Torey Harris won a seat in the state legislature to become the youngest state legislator who describes himself as bi-sexual. Now they are taking on the Chattanooga City Council.

Given the Fund’s track record, it’s perfectly predictable that they will endorse Odessa Kelly who has announced running for Congress against Rep. Jim Cooper. Kelly was recruited and is being supported by the Justice Democrats which operates out of an address in Knoxville. They are the group which successfully installed the anti-Semitic squad in Congress and is using its power to change Congress and assault the South.

Response from our Republican legislators? We’re a “business friendly state.”

4. the good-will of freedom-loving voters is running out

The extreme failure and dysfunction of the legislature to proactively address the assault on Tennessee from Biden’s insane actions on illegal immigration, taking a “mum’s the word” approach to possible business-driven vaccine mandates and generally demonstrating that they are unprepared and unwilling to unqualifiedly uphold Constitutional principles and God-given rights and freedoms, without which, we are finished.