The federal government only reports county level numbers for Unaccompanied Alien Children (UAC) arrivals if the number is 50 or more. This means that UACs may well have been placed in more counties throughout Tennessee than are officially reported and since information on individual children and their receiving sponsors is kept secret, state officials have no way to know where or even how many children being smuggled over the border are now making their home in Tennessee.

The latest data posted by the U.S. Dept. of Health & Human Services for UAC county placements only goes through May 2021 and shows that a total of 1,470 UACs were placed in the following counties:

However, the state total for UAC placements is 1,775, suggesting that there are other county placements that do not meet the 50 reporting threshold.

Per federal policy there are three categories or levels of UAC sponsors, none of whom are required to have legal immigration status:

Category 1: Parent or legal guardian (This includes qualifying step-parents that have legal or joint custody of the child or teen)

Category 2B: An immediate relative– including aunt, uncle, or first cousin who was not previously the UAC’s primary caregiver. (This includes biological relatives, relatives through legal marriage).

Category 3: Other sponsor, such as distant relatives and unrelated adult individuals.

On the issue of illegal immigration the Tennessee state legislature is most accurately described as taking “half measures.” Campaign trail big talk against illegal immigration never quite translates into full measures recommended by experts with E-verify being one of the issues. That being said, there are two action steps the General Assembly could undertake if they are serious about countering the negative impact of illegal immigration in the state.

The Tennessee Lawful Employment Act  is the state’s E-verify law. Discovered violations of the law that is in place to ensure that only individuals legally able to work, are hired. The TN Department of Labor & Workforce Development is responsible for investigating complaints that the law has been violated and if so, levy the prescribed fines.

Recall, that Rep. Mike Sparks was wringing his hands about fines being imposed on law-breaking businesses found to be hiring illegal alien workers. Someone in his district should remind him that the idea behind the fines is to remind businesses that they have to follow the law.

Tennessee’s law also allows lawful residents of the state to submit an E-verify violation complaint form – available here. The law also says that the money collected from the violations is to be put in a fund and used to enforce the law. Feel free to scroll through the violations here.

With the high number of illegal aliens making their way to Southern states, perhaps the Tennessee General Assembly needs to look at bumping up investigating and catching business violators. 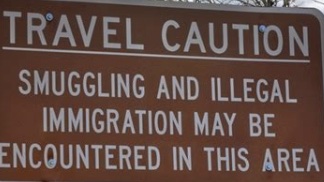 Additionally and in some ways perhaps even more importantly, is a focused audit to determine whether driver licenses are being issued to illegal aliens, an issue not addressed in the most recent audit of the Department of Safety and Homeland Security.

Driver licenses are a gateway document. They can be used to bypass being determined ineligible under the state’s E-verify law. They can be used to access almost all public services and is a key document which helps an illegal alien “pass” as if they have some type of legal immigration status. Oh yeah, and vote.

Tennessee’s driver licensing law could be considered one of the few full measure laws in that the documents required to actually get a Tennessee driver’s license are typically not in the possession of an illegal alien. The law also specifically does not permit the matricula consular card to be accepted as “proof of identification for driver license application and issuance purposes”.

Banning the use of the matricula consular card state-wide for any identification purpose should be put into law.

No telling how many of these fake documents have been processed through Tennessee driver license centers or presented to employers with fewer than 50 employees and who can take a drivers license in lieu of using the E-verify database.

And it wasn’t that long ago that twenty illegal aliens in Tennessee were indicted for using fraudulent documents in order to work. Even border patrol catches illegal aliens using fake documents.

The UAC numbers and known county distribution suggest starting point locations where state officials should scrutinize compliance with the law.