For decades, American parents and community members have elected those they believed had their child’s best interests in mind when it came to their education.  Today, In hundreds of cities, and counties across the country, education is no longer the priority, social justice is.

A new culture exists not only to further dumb down children, but now to exploit their race, gender, and status. It is called Critical Race Theory (CRT). Beware though, those 3 words may not be present in curriculum or instructional material, but parents should note the presence of terms such as diversity, equity, equality,  anti-racism, social justice and civil rights.

Do not for one second think your child is not being exposed to todays cancel culture or a teacher’s radical ideology, it is everywhere, and if it has not reared its ugly head in your community yet, look closer, it is there. Fortunately, in many states, teaching CRT has been banned by state laws, but unfortunately, many of those laws lack teeth.

Parents need to demand their school board members carefully monitor their teachers and instructional materials. Despite curriculum aligning with states standards, CRT can be introduced with classroom videos, books and websites that never are talked about at home. Textbooks no longer are the sole source of questionable instruction because parents took control of their content when common core was introduced.

In Tennessee, a new state law defines what can and cannot be taught regarding CRT

The Tennessee law  prohibits the following:

(2) An individual, by virtue of the individual’s race or sex, is inherently privileged, racist, sexist, or oppressive, whether consciously or subconsciously

9) Promoting or advocating the violent overthrow of the United States government;

This isn’t educating children, this is bullying them. Interestingly enough, schools in Tennessee have bullying and harassment policies that every one of the above points encourages. Imagine a teacher wanting to harm the very children they are charged with caring for. Even worse imagine a school board member thinking of CRT as only a political wedge.

That is exactly what Mr. Pat Barton of  the Coffee County TN School Board believes. On July 19th, I sent an email to the entire school board along with the Director, asking them their opinion of CRT, and how they would respond if a teacher was found to be violating TN law that prohibits teaching CRT as stated in above points. 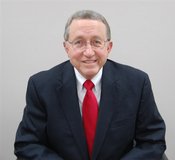 Mr. Barton’s answer was disgraceful, and this should grate on every parent.   “CRT is nothing more than the flavor of the month, and we will have another flavor next year. Our fine legislators will see that when bills are passed as hastily as this do nothing but cause confusion and take the focus off teaching and learning. You have asked how I will react if one of our teachers disobeys the law and incorporates CRT into his/her instruction.  I will ask to see the state standard the teacher was teaching in the lesson. I will then ask to see the lesson plan for the lesson taught.  I will then make a determination if factual information was taught. Once I am satisfied that my criteria was met. a reply will be given. My reply to the teacher will be, “Job well done, keep up the good work!”

Teaching children America is racist and that black children are oppressed is the flavor of the month? Being flippant regarding a very dangerous ideology, and then implying he may condone a teacher breaking a law sends a message he is no longer fit to be a school board member.

Mr Barton further states: “One area that is prohibited from being taught is, “Promoting the violent overthrow of the U.S. government”.  I personally don’t know of any teacher who has ever promoted the overthrow of the U.S. government.  How would I react if we had a teacher promoting such?  My vote would be to dismiss the teacher.  However, our students don’t need teachers promoting the overthrow of our government. They have lived during an attempted overthrow of our government. They can research the  last year in office of our former president to understand how to plan for an overthrow to come about. They can then find videos to observe the violence that occured when the U.S. Capitol was breached. However, one can refuse to believe their lying eyes and conclude the breach was nothing more than a typical Capitol tour”.

Another red flag. Mr. Pat Barton insinuates his personal beliefs. Whether factual or not, or proven or not. This is exactly why CRT was banned.  On a side topic, Mr. Barton also expressed during a school board meeting parents need to get their children vaccinated. None of Mr. Barton’s business.

None of the other Coffee County board members felt it was important enough to answer my email, leaving one to think silence is complicity.

Parents, and community members the ball is in your court. Perhaps today CRT is not an issue in our small county, but undoubtedly tomorrow it will be. These are your children. Stand up for them, and stop being cowards. Demand, DEMAND, school boards do what they were elected to do,  and not to promote their personal agendas. Today’s children are the leaders of tomorrow. School for them isn’t about exceptionalism, it’s all about learning how to be little socialist activists.

8 thoughts on “Tennessee’s School Boards..The Downfall of Education and the Rise of Indoctrination”