Four days before the electoral college votes reached Congress, Hagerty and Blackburn surprised Tennesseans with a strong, forthright commitment to object to certifying the electoral vote stating unequivocally that, “without any reservation that we will stand against tainted electoral results from the recent Presidential election.”

In true swamp fashion, Hagerty and Blackburn turned their backs on both Tennessee voters and their Constitutional duties and sheepishly certified the “tainted election results.”

When confronted for an explanation, Blackburn’s response was “changed circumstances” – whatever that was supposed to mean since nothing changed the problem with the election results.

Hagerty’s overtly hypocritical non-response demonstrates that he is what Tennessee conservatives have always known him to be – a “DeceptiCon,” a term coined by blogger Sundance to describe the Senate’s Republican Professional Political Class, aka, the Establishment GOP. Increasingly, Blackburn has demonstrated that she is also part of this group.

How quickly they both turned their backs on President Trump without whom Hagerty would have had a nothing-themed campaign.

Bottom line – these Republicans don’t view themselves as accountable to voters – they are only accountable to “the swamp,” a system designed to suppress the conservative viewpoint and keep DeceptiCons in office for as long as they can fool voters by making campaign promises that they don’t keep.

When asked to explain his vote to undermine President Trump, Hagerty refused to answer. Instead, he deflected, figuring that annoying inquirers would accept his trade-off of not supporting impeachment.

Read it for yourself and if you aren’t satisfied with Hagerty’s non-response, consider emailing him and letting him know how disrespectfully he has treated Republicans who put him in office. 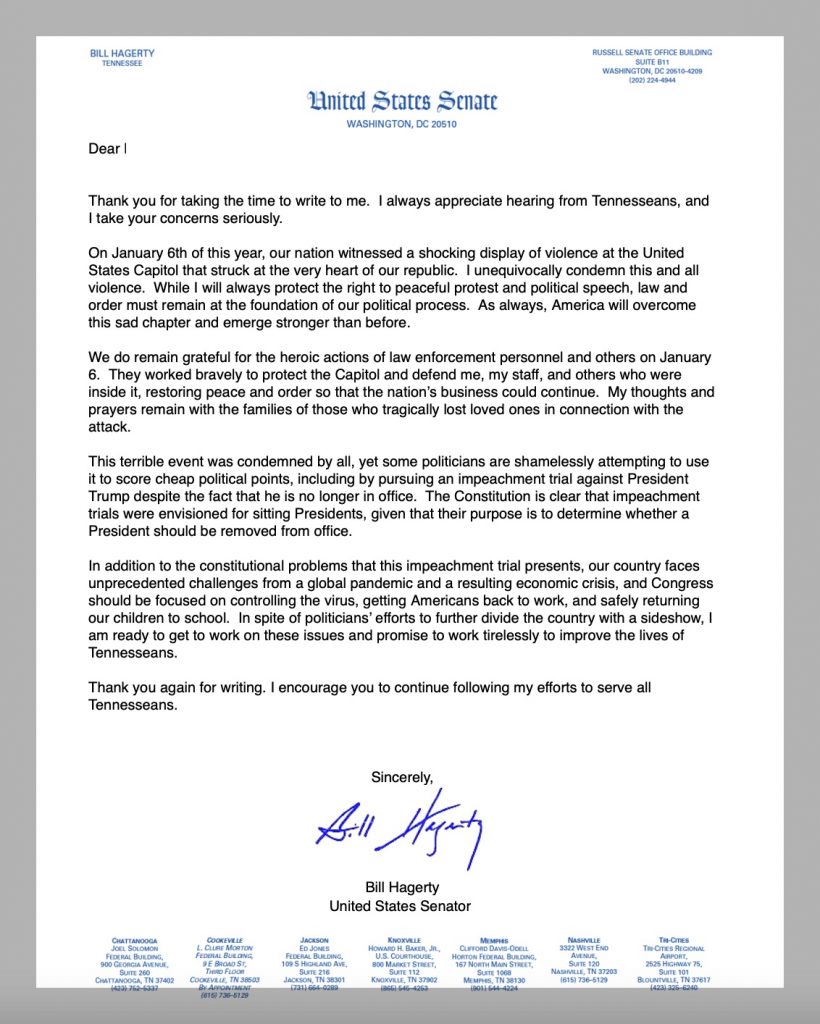