They abandoned their Constitutional duties and the commitment they made to Tennessee voters to object to the “tainted election results” which is exactly how they described what happened in the election for president.

The censure momentum is growing with more county GOPs readying their pens.

Blackburn and Hagerty are taking the elite politico’s tact of never apologizing and simply ignoring the backlash. After all, they firmly believe that the rank and file voters have short memories and all will be forgotten and forgiven when the next election rolls around.

Marsha has two very short years during which the effects of Biden’s massive expansion of every stripe of immigration (think Southern border caravans of thousands) will effect the safety of all Americans along with the drive-down of wages for the lower skilled American workers.

Marsha would do well to understand that when her RINO buddies in the Senate go along with the bipartisan amnesty plan, it won’t even matter if she speaks or votes against it. She bears responsibility for enshrining Biden as President because she abdicated and certified false election results.

Conservatives never liked Hagerty anyway and his turn will come soon enough. And the next time he runs, he won’t have President Trump to help pave his way into office.

It’s pretty predictable that Marsha and Hagerty will gravitate to the Lamar-Haslam-Corker side of the party since they will need every RINO vote available to fill the gap left by non-voting Conservatives.

Here’s the Resolution of Censure passed by Henry County in case anyone wants to take it to their county GOP: 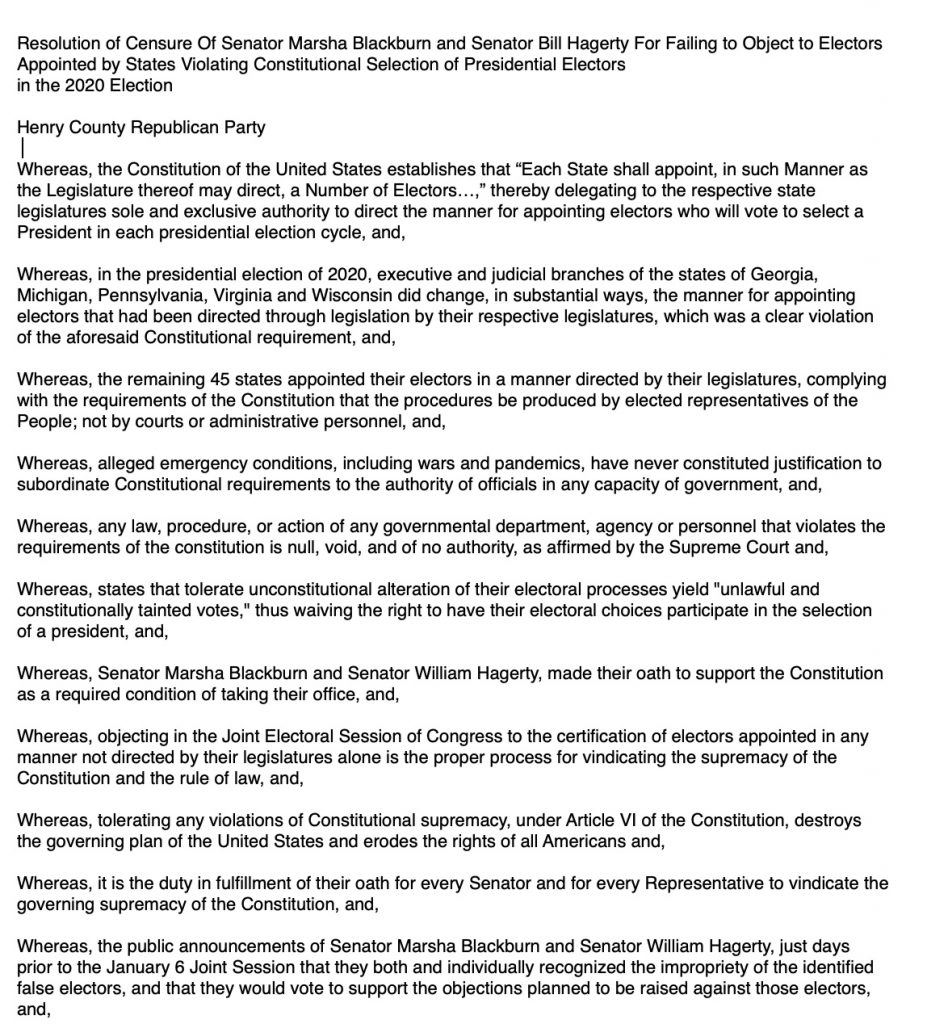 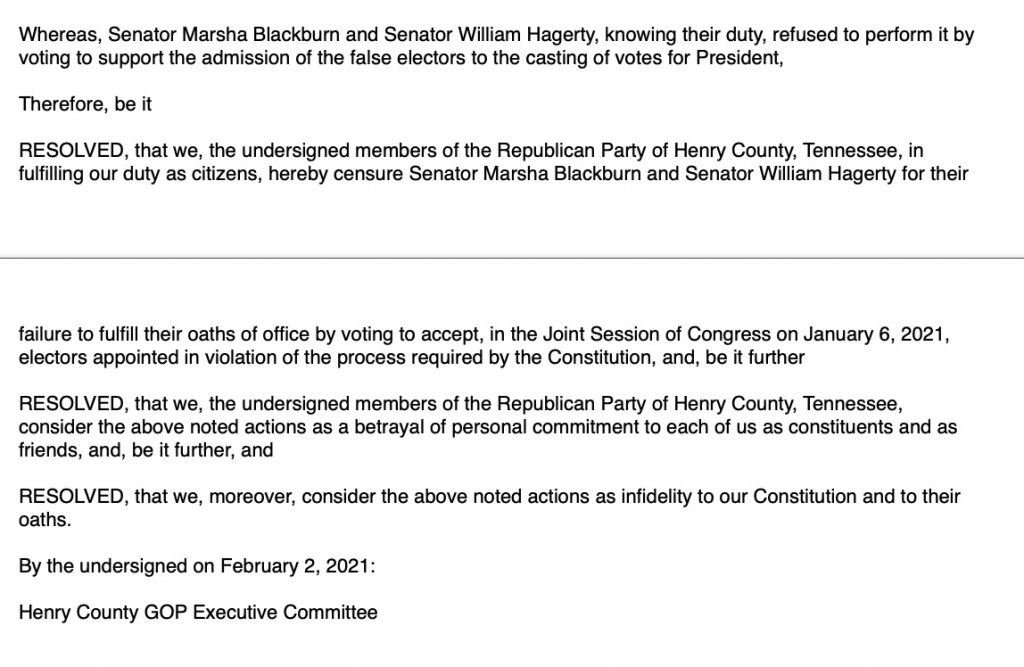