Even if Bill Lee chooses to ignore the Secretary of State and the U.S. Director of Intelligence, it doesn’t mean that our state legislators have to. Make sure to share this information with your state House and Senate members.

This week, America’s Director of National Intelligence, John Ratcliffe, said that along with election interference and influence, China “poses a greater national security threat to the U.S. than any other nation – economically, militarily and technologically.”

Consistent with Pompeo’s warning to governors, Ratcliffe emphasized that “[m]any of China‘s major public initiatives and prominent companies oﬀer only a layer of camouﬂage to the activities of the Chinese Communist Party.”

The 2013 Smithfield Foods sale to China proves their point about the very thin line between the communist Chinese government and so-called “private” Chinese companies. Shuanghui, the “private” Chinese enterprise which acquired Smithfield, had a much closer relationship to China’s communist government than Smithfield’s CEO claimed to know. A U.S. reporter investigating the sale wrote:

Despite its public listing in Hong Kong, Shuanghui answers to the Chinese government – going beyond regulatory compliance. It receives directives from Beijing, and it follows them… Here was conclusive proof. Robert Wan, son of Chairman Wan Long, confirmed this relationship to me…..The Chinese government acts like a de facto board of directors for the country’s domestic industries – even for publicly traded companies like Shuanghui. The Communist Party issues the five-year plan, and Shuanghui is expected to follow that direction.

In September, in response to media about the Tennessee session at the North American Chinese Investment Summit held in Beijing, Governor Lee indicated that the state was reviewing its policy regarding recruitment of investment in Tennessee from Chinese business owners.

The Department of Justice’s China Initiative has identified FDI as warranting a high level of transparency because of its potential to threaten U.S. infrastructure.

According to Rolfe, Bill Lee has asked ECD to “make sure Tennessee maintains its automotive ecosystem,” and that the state remain at the “forefront of recruiting any project related to electric vehicles.” Rolfe told the Subcommittee’s legislators that “most of this technology comes from private companies in China.”

Pompeo and Ratcliffe’s warnings suggest that on the economic front, Tennessee’s leadership is moving the state in a questionable direction. Moreover, these decisions do not account for the cultural and political inroads being made and championed by the Marxists and pro-Communist China Liberation Road agitators operating out of the Highlander Center near Knoxville. 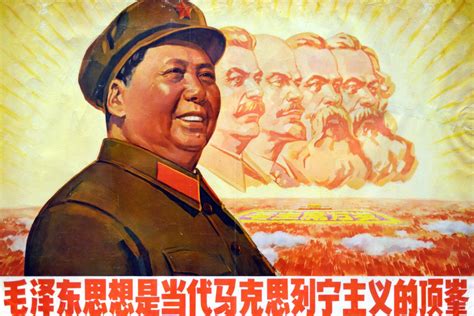 Tennessee has already experienced at least two incidences, the latest in 2019, of Chinese nationals who became naturalized U.S. citizens being prosecuted for theft of trade secrets.

In February 2019, a grand jury indicted a U.S. naturalized Chinese national employed by the East Chemical company in Kingsport, Tennessee. She was working with a Chinese national living in China. Together, they conspired and almost successfully stole trade secrets owned by several companies estimated to have cost approximately $119,600,000 dollars to develop. This case also involved China’s Thousand Talents plan referenced by Secretary Pompeo in his address at the National Governors Association meeting. This Chinese program which helps harvest U.S. technology was implicated in the East Chemical case.

Three years earlier, a U.S. naturalized Chinese national attempted to steal Dupont/Chemours process for making the color white. At that time, the Chemours plant in New Johnsonville, Tennessee was one of the few Dupont plants making the color white using the trade secret which was almost stolen and exported back to China.

In both cases, despite being a U.S. naturalized citizen, the Chinese national went back to the communist Chinese government to make the trade secrets and intellectual property they attempted to steal available to government officials.

More recently, during the same month that Secretary Pompeo was warning governors about the potential of being hoodwinked when dealing with Chinese entities, a researcher at the University of Tennessee, Knoxville, was indicted for wire fraud and making false statements about his affiliation with a Chinese university “while receiving funding from NASA.” Federal law prohibits NASA from funding projects in collaboration with China or Chinese universities. Concealing the information caused UTK to falsely certify its compliance with federal law.

Tennesseans have good reason to be concerned especially if Joe Biden successfully steals the election.