For Tennessee county commissioners and mayors, making a decision regarding resettling refugees in their districts has turned into a more difficult one thanks to the  misleading information being given to them by leftist, progressive organizations. It should not matter if they are Democrats or Republicans, this is a matter of state sovereignty and the cost of a federal program being forced on their residents. Groups such as the Tennessee Immigrant and Refugee Rights Coalition, (TIRRC), Catholic Charities, and Indivisible, are spreading false, emotional information rather than facts. Did it ever occur to the county commissioners and mayors, these organizations all have the same end goal of open borders and a drastic demographic change that will eventually replace conservatives in office?

Has it also ever occurred to the county commissioners organization representatives, like Holly Johnson, who has been busy visiting their offices, have a stake in this game as she makes money for every refugee CC resettles?  As you can see from a 2017 tax form, Catholic Charities is a multi million dollar organization whose executive officers make over $115,000 per year.

Then there is the Tennessee Immigrant and Refugee Rights Coaltion (TIRRC). While they are not quite as wealthy, co executive director Stephanie Teatro makes over $60,000 as of 2017. TIRRC is all about open borders and abolishing ICE, the law enforcement agency responsible for arresting and deporting those here illegally. TIRRC , for the last several years has been the recipient of a grant from well known radical philanthropist George Soros, whose goal is to destroy America as we know it.

Another group, whose goal isn’t about money, but rather resisting and defeating President Trump, and all those who implement his agenda is Indivisible. Indivisible is a grassroots group morphed out of former President Barack Obama’s Organizing for Action (OFA). While there are hundreds of organizations campaigning to defeat the President, Indivisible’s sole mission is to do it all costs. Training thousands of disgruntled people across the country how to use the late Saul Alinsky tactics to smear those who disagree with your views. One example of their methods being successful occurred in Greene County TN, where self proclaimed Indivisible member Lena Kendrick Dean stood before a crowded county commission meeting to chastise those who had urged the commission to reject refugees coming into their county. Using abhorrent, xenophobic, and unethical as words to describe those who do not want the financial burden of paying for a federal program, Dean used the emotional debate, which resulted in a consent to accept.  What is disturbing about Ms Dean and her beliefs, is she is a member of the Greene County Election Commission, whose duties are:

The question here is can Ms. Dean, who belongs to Indivisible, whose sole existence is to resist and defeat the current president at all costs, be trusted by her community to secure the “purity of the ballot”? While she claims everyone knows she belongs to this group, do they know what Indivisible stands for? My guess is they do not. 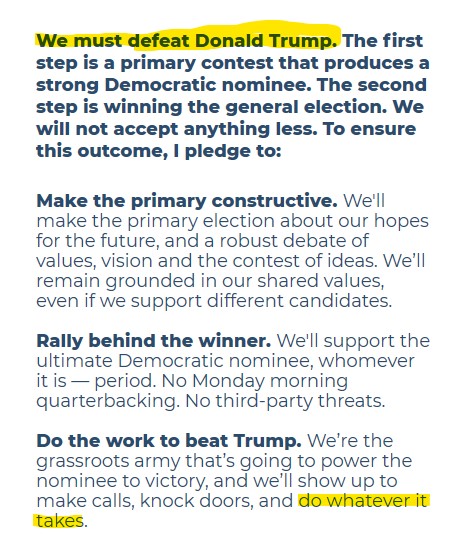 These are the groups and individuals meeting with Tennessee County Commissioners, and attending meetings. These are the agendas of those claiming it is all about saving those in need, when in reality it is nothing more than their desire to fundamentally alter the demographics and foundation of our country, starting with towns and cities, all while making money.