Tennessee. The Buckle of the Bible Belt, home to the majority of Christian based businesses and churches, continues to be the target for the growing number of Islamic anti-Jew, and  anti- American organizations and individuals.

Because of past and current elected officials in the state of Tennessee legitimizing Muslim Brotherhood front groups, cities like Knoxville and Nashville have a booming number of Islamists who no longer seek to hide their relationship with the Brotherhood.

This time of year, the MB begins it annual schedule of conventions, rife with extreme rhetoric and speakers known for their hate of Jews, Israel, and the United States. And yes if you are attending or speaking, you are as guilty of promoting their message as anyone who attends a KKK conference.

Rashed Fakhruddin, the current president of the Islamic Center of Nashville, who many believe is the darling of the Muslim community, is scheduled to speak at the Muslim Brotherhoods largest organization in the U.S, the Islamic Society of North America. (ISNA)  convention.Not surprising though, since his mosque has the same PO box as ISNA, and has received over $17,000 in donations from Cat Stevens (aka Yusef Islam), a supporter of Hamas. 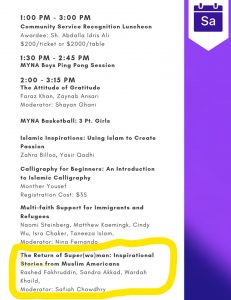 This isn’t Fakhruddin’s first trip to the ISNA convention. In 2018, he also was a speaker. 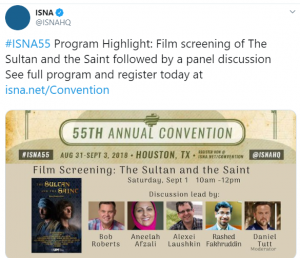 While many that know Fakhruddin will undoubtedly roll their eyes, and defend him, perhaps they should wonder why their friend would attend and speak at a conference that is filled with hateful, anti-Semitic and anti-American views. It wasn’t long ago the Islamic Society of North America (ISNA) used its website to remind Muslims of Quran and Hadith verses that they are to hate, and kill Jews. Of course most of that has been removed, but screenshots are amazing evidence. (Thanks to JK) 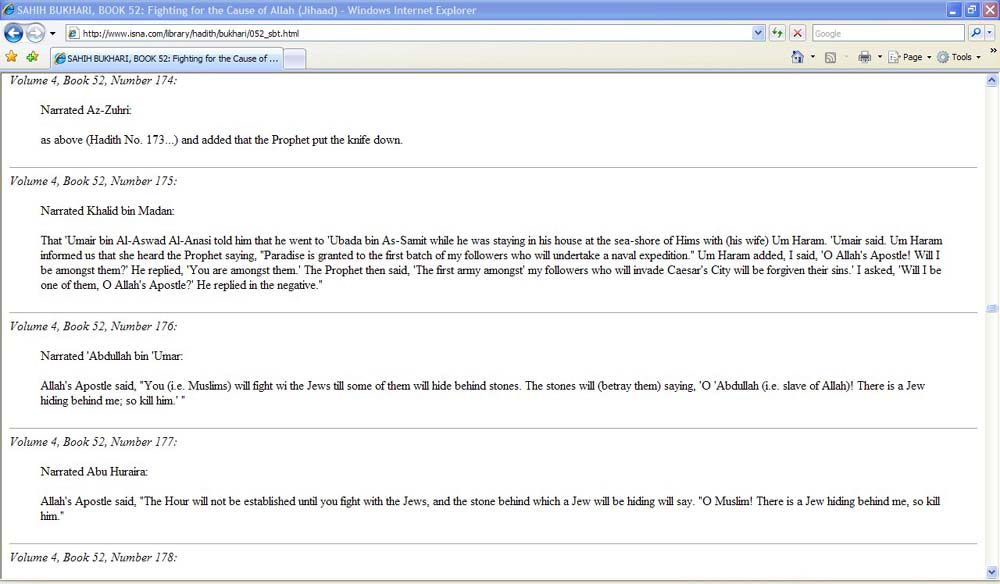 One of the most despicable, radical men speaking at the same conference Fakhruddin is speaking at, is Sirhaj Wahhaj, the imam that heads the Masjid At-Taqwa in Bedford-Stuyvesant NY, a mosque known for radical ties to terrorism, and is home of the blind sheik,Omar Abdel-Rahman  who was responsible for the 1993 World Trade Center bombing.  Wahhaj has been looked at as a co-conspirator in that same bombing.

Wahhaj is also the father of Sirhaj Jr. who last year was arrestedalong with 4 others for running a training camp in New Mexico teaching small children how to kill other children. Sirhaj Jr. also has been charged in the murder of his 3 year old.

Another speaker is the self proclaimed diva of the Womens March, Linda Sarsour.  Sarsour is a Palestinian  Muslim, born in Brooklyn NY, who not only spews anti -Jewish hate, but believes  “dissent is the highest form of patriotism.”

In 2017, during at speech at another Muslim Brotherhood convention she stated she hoped allah would accept a fight against the Trump administration would be considered jihad, and that Muslims do not have to assimilate .

This is a very small glimpse into the rhetoric repeated by speaker after speaker at ISNA conferences. Would you not demand answers and accountability if your elected official, religious leader, or community activist  attended and spoke at a conference where they were surrounded by anti-Jewish, anti-America hatred?  Mr. Fakhruddin should be asked the same. Remember…

If you lay down with dogs, you get fleas. Fakhruddin must be loaded with them