When does false narratives and omitting the truth by national and local news outlets become a threat to our own security? When incidents or events occur that endanger lives, are lawless, and details are allowed to be twisted or left out by local officials.  This was exactly what occurred as 6 Philadelphia police officers were shot attempting to make an arrest.

After a seven hour standoff, police arrested Maurice Hill, a repeat, violent offender who news outlets never focused on, but rather dropped the story, as it was not their current interest… white men supporting President Trump.

What the media also failed to report was Maurice Hill is a Salafist Muslim, who attends Masjid Ahlil Hadeeth wal Athar, a fundamentalist mosque that is known for preaching the Islamist ideology that adheres to the authentic teachings of the Quran and Hadiths.

One of the true signs of following Islam as prescribed by the “pious predecessors” was the mark on Hill’s forehead called a zebiba, or prayer bump. This mark is caused by friction generated by repeated contact of the forehead with the prayer mat during daily prayers. The force a Muslim strikes his forehead on his mat, the bigger and harder skin patch will form over years. 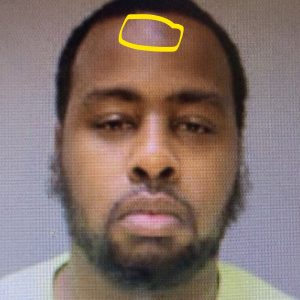 Hill’s belief is one of following the words and actions of the prophet Muhammad, who Muslims believe was the perfect man.  That was all well and good in Muhammad’s early years, as he was peaceful and tolerant. But in the years after his hijra to Medina, Muhammad became political, and violent. In Islam, there is abrogation, therefore the Medina years supersede the Meccan ones.

That is where the problem is. A good Muslim will follow in the footsteps of Muhammad, which calls for eventual domination of Islam over all other religions. While in Mecca, Muhammad had very few followers, but in Medina, Muhammad used jihad…either convert to Islam, pay a tax (Jizya) for protection and live as a dhimmi (Non-Muslim under protection of Muslim law) or die.

In Arabic “jihad” means struggle.  In Islam it means holy war. The Quran specifically exempts the disabled and ‘weak’ from Jihad (4:95, 9:91), which would make no sense if the word is being used within the context of spiritual struggle. Jihad is mentioned over 50 times in reference to the words of Muhammad.  Each carries a clear connotation to holy war, with only a handful of possible exceptions (dealing with a woman’s supporting role during a time of holy war, and a non-combatant’s obligation to supply funding.

Defining ‘Jihad’ as a Muslims spiritual struggle is a strategy to downplay the association of Islam with violence.

Not one national news outlet reported Hill was a Muslim. Not one reported he attended a radical mosque. Not one investigated his motive. What is even more egregious was keeping his prior history a secret. Hill repeatedly was arrested and charged with weapon offences and was not “allowed” to possess firearms. Yet in each case, charges were dropped. With all the outrage today about gun control, why was this not a headline? 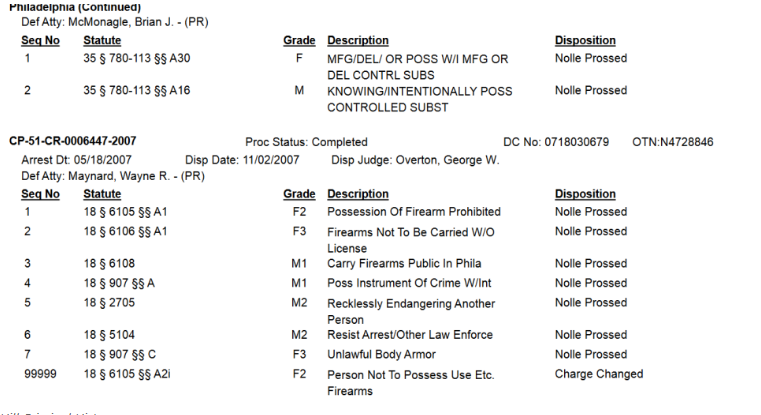 It didn’t fit the leftist news agenda or narrative. A black Muslim, shooting 6 cops has nothing on a white man who leaves a manifesto. When a cop is shot, the gun isn’t the issue. There is no outrage, or massive rallies to end violence towards those who protect us,  no. Instead there are protests in favor of the Islamist shooter, or concerns over the safety of a Muslim neighbor. 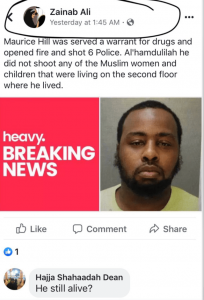 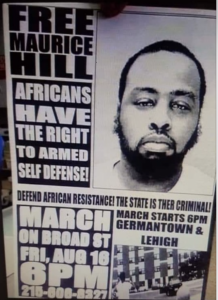 This is where we are at. No longer is law enforcement viewed as protectors and enforcers of our laws, instead criminals are promoted and accepted as heroes. As long as the journalism world refuses to tell the truth,blind Americans will continue to support the wrong side.

We are in dire straights America.