Granted, it helped that one of TIRRC’s now former co-directors is married to a far left Metro Council member. It also helps that the majority of the Metro Council members are open border far lefties who hate ICE and believe that criminal illegal aliens should have the same benefits and privileges as legal immigrants and American citizens.

TIRRC advocates for illegal aliens and legal immigrants such as refugees and intentionally blurs the line between the two by using the legal terms “refugees” or “asylum-seekers” loosely to refer to all their constituency.

TIRRC is a named affiliate of the National Council of La Raza (renamed UnidosUS), the largest Hispanic organization in the U.S. which “lobbies for racial preferences, bilingual education, stricter hate crimes laws, mass immigration, and amnesty for illegal aliens.”

Two recent Nashville Council resolutions, one giving TIRRC money, and the other, giving TIRRC an opportunity to influence the selection for the next Chief of Police, were sponsored by TIRRC-endorsed candidates elected to the Metro Council.

Shortly before the August 2019 election for the Nashville Metro Council, three organizations came together to form the Nashville Justice League (NJL), a PAC whose goal was to move the city council further left. Of the 15 endorsed candidates, 13 won their races.

One of the those organizations was TIRRC Votes, the 501(c)(4) arm of TIRRC. The TIRRC-backed Metro Council candidates continue to deliver on their promises to help fund and promote TIRRC’s agenda.

Substitute Resolution RS2020-459, introduced, adopted and passed on August 4 was “approved” and signed by Mayor Cooper the next day. This resolution appropriated $1,244,000 of COVID-19 Pandemic Fund to nine non-profit organizations operating in Davidson County.

TIRRC’s endorsed candidate Bob Mendes (who is also the architect of the 34% property tax increase), sponsored this resolution. In 2017, pro-sanctuary city Mendes introduced two bills that had they passed, would have made Nashville the most liberal sanctuary city in the country. The bills were withdrawn after state legislators raised a ruckus.

TIRRC has 24 paid staff and its 501(c)(4) TIRRC Votes in 2019, employed six lobbyists. TIRRC has a newly built 7,000 SF free-standing $2.5 million dollar building which reportedly, is fully paid for. The building will also house a legal services clinic which would most likely be JFON.

Not bad for an organization claiming to represent the poor, down-trodden and lawbreakers.

TIRRC repeatedly tries to turn refugees, the people they claim to represent, against the government that pays for all the public support made available to help them start new lives in Tennessee.

One Tennessee example of the loophole of the legal definition of UACs is the case of 16-year old Edwin Mejia, a UAC from Honduras who in 2013, was transported to Tennessee and released into the custody of his brother, an illegal alien living north of Nashville in Madison, Tennessee. The following year the two brothers moved to Nebraska where Edwin struck and killed 21-year old Sarah Root  while he was drunk and street racing in his truck. Root had just graduated from college. Mejia posted bond and left town.

A 2018 report from the Center for Immigration Studies documents that MS-13 gang members have entered the U.S. as UACs. Available data shows that from 2014 part-way through 2017, over 4,000 UACs were brought to Tennessee.

Three of the four sponsors of this resolution were TIRRC Votes’ endorsed candidates. 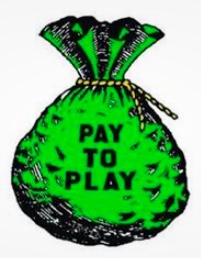 The resolution was amended to direct Mayor Cooper to work with TIRRC, the Equity Alliance, the anti-police Community Oversight Board, the (ultra left) Metro Human Relations Commission and the Fraternal Order of Police in the process to select the new Chief of Police.

Not only does the amended resolution name specific organizations, but it also adds new language, which read in the full context of the resolution, suggests that some of these organizations represent communities who are allegedly the most “impacted communities” which need a say in the selection process.

The Equity Alliance and TIRRC already have their interests represented since The Equity Alliance is part of the Nashville Justice League, the PAC which also includes TIRRC Votes and the Central Labor Council that helped get these same Metro Council members elected.

The Community Oversight Board’s (COB) agenda for the new Police Chief has already been laid out in a report issued by the COB in April 2020. The report was requested the COB’s vice-chair Andres Martinez who also serves as Director of Policy and Communications for Conexion Americas, a Nashville organization and named affiliate of the National Council of La Raza.

The COB report says that there are 31,000 illegal aliens living and working in Davidson County. A deep dive into the COB report shows that they are pushing for the MNPD to adopt four policies that will help illegal aliens in Nashville go undetected and to ignore the state’s sanctuary city law, something a new police chief could make happen.

Equally concerning about the COB report is the glowing reference to a resolution adopted by the Austin City Council after Texas passed a very strong sanctuary city law which was subsequently ruled as Constitutional by a federal appeals court. The Austin City Council resolution was specifically intended to obstruct and skirt the state’s sanctuary city law.

Now that TIRRC and The Equity Alliance have packed the Metro Council and maintain strong alliances with members of the COB and the Metro Human Relations Commission, it is reasonable to assume that voices regarding the new Police Chief will out-influence every other constituency in Nashville.