The Community Oversight Board (COB), a funded arm of the Metro Nashville government says there are 31,000 illegal aliens living and working in Davidson County.

A 2019 ranking by Pew puts the Nashville-Davidson-Murfreesboro-Franklin area as 50th out of 182 of the nation’s metro areas with the highest number of illegal aliens which of course, they incorrectly label “unauthorized immigrants. 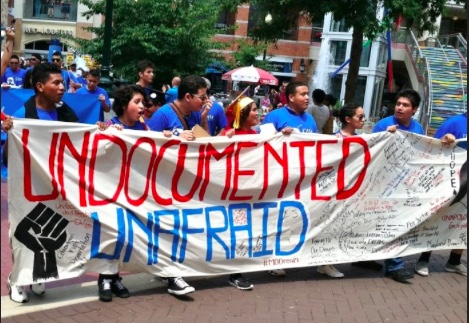 The COB run by anti-police-pro-open-borders special interest groups, hasn’t let the COVID pandemic slow their efforts to use the Metro Nashville Police Department (MNPD) to obstruct Tennessee’s sanctuary city law and keep illegal aliens from being found by ICE.

The COB is made up of 11 special interest “volunteers” supported by a Metro employee staff of 9 with a guaranteed annual budget of $1.5 million dollars. So of course Nashville’s Mayor must have his 32% property tax increase and state grant dollars to keep this special interest engine running.

The core agenda of groups like TIRRC and Conexion Americas is now institutionalized in the Metro government and because Nashville gets a lion’s share of state dollars, for example, in education funds for English Language Learners and economic and community development grants, the COB’s agenda is being funded by all Tennesseans, not just those who live in Davidson County.

Not surprisingly, the COB report was requested by Andres Martinez, the vice-chair of the COB. He also happens to be the Director of Policy and Communications for Conexion Americas, a Nashville organization and affiliate of the National Council of La Raza. This is the organization that gubernatorial candidate La Raza Randy Boyd funded with a quarter of a million dollars. For this and other reasons, thank goodness he didn’t win.

(As an aside, it’s worth remembering that La Raza Randy who was practically tied at the hip to Jeb!, Bill Hagerty was also a Jeb! aficionado serving as a Jeb! delegate in 2016. And after Jeb! withdrew, Hagerty flipped to Marco Rubio. So in fact, Trump was Hagerty’s last choice.)

A deep dive into the COB report shows that they are pushing for the MNPD to adopt four policies that will help illegal aliens in Nashville go undetected and to ignore the state’s sanctuary city law: 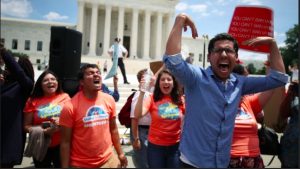 Any chance the Governor’s office has any clue what’s going on in Metro? Didn’t Bill Lee campaign as a hawk on illegal immigration? Didn’t he criticize Haslam for not signing the sanctuary city bill and said that if he were governor he would have signed it?

Many thought he actually meant what he said just like when he said he supported the state’s Tenth Amendment lawsuit on refugee resettlement. Right.

The U.S. Supreme Court just issued a unanimous decision upholding the federal anti-harboring law that bars people from actively encouraging illegal immigrants to remain inside the country. Sounds like it would include actions being considered by the Metro Council and the COB on top of Tennessee’s sanctuary city law.

Where and when does this stop?????

In November 2019, Tennessee’s State Comptroller rejected Nashville’s budget and issued a warning that if the county didn’t fix it’s financial mess, the state would take it over. The fix proposed by Mayor Cooper is a 32% property tax increase without any cuts of course to the COB $1.5 million dollar budget.

Feel free to let your state legislators and the Governor’s office know what’s going on in Metro Nashville – they need to put a stop to it before the radical blue island takes the whole state down.

3 thoughts on “31,000 Illegal Aliens Working & Homesteading Under the Protection of Nashville Government”