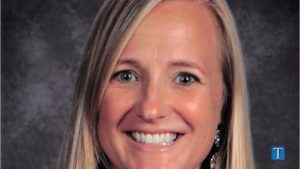 The story all began when a parent complained that her child received too much homework and missed snacks and recess in Ms. Lemon’s class.  The parent also mentioned an “incident” said to have happened in the hallway on the evening of a school play, over a month before.  A student who was on a behavior chart (whose history was well known by school administrators) was claimed to have been “grabbed by the wrists” by Ms. Lemon and told to “stop it.”  According to court documentation the teacher didn’t even remember the incident, and it seems reasonable to assume it must have been unmemorable to a hallway full of other children and parents who were never interviewed in a subsequent, non-investigation.  It was common knowledge that Lemon had to  redirect the child daily. Most telling, the parent of the student in question never reported such an incident and refuted claims of any hostility.

Dr. Donnelly relayed this parent report to superiors, Goodwin and Rebecca Owens (H.R.), interjecting her own “perception” of this incident she never saw happen.  In Donnelly’s own deposition she admitted the descriptive words, “anger” and “forcefully” were her own.  According to public court records, these three grossly mishandled and misrepresented this “incident” which became a false child abuse allegation, a damning accusation that was conspicuously never made in writing. There was no investigation because there was no real report of one, but many refutes.  Owens emphatically denied such claims were ever made, but she was disproven by evidentiary audio tape, perjuring herself, and subsequently resigning.  Donnelly and Owens led Lemon to believe she’d been found guilty of the crime and that it had been turned over to law enforcement, a bold-faced lie.

Dr. Looney took the fabricated reports without question and as a result, two cameras were put in Lemon’s classroom to monitor her, as well as a personal in-room monitor.  This person soon quit, finding Lemon to be exemplary and the ordeal unnecessary.  Dr. Looney emailed Lemon (under watchful eye) that he felt she spent too much time on her computer; however, nothing resulted except a teacher probably being creeped out, knowing someone was watching her every move.

After months of this outrageous treatment Lemon could no longer endure.  Who could?  Soon came a petition full of Lemon-supporting parents, and eventually, teachers giving depositions and testimonies to the school board (one was even threatened by Looney, there’s sworn witness testimony.  There are many more details of harassment and intimidation in the files; you should read them for yourself.  So Lemon resigned, but never revoked her grievance.  The administration wouldn’t accept her resignation for days, stating she must first drop her grievance.  One of the continuing issues is that she never “exhausted” (properly completed) her grievance.  It’s exhausting trying to find a way to properly summarize this case, so I close by simply imploring you to either see for yourself or at least see what happens June 5th.

Whether you are a parent, a teacher, or just a tax payer, it’s clear that bullying/harassment has been tolerated and gone without recourse.  A false accusation of child abuse is a felony, yet here it stands unaccounted.  Perjury was committed and yet here it also stands without consequence.  And this is one case in which one teacher actually had nerve and faith in justice over finances to stand up to wrong.  What about those of which the masses don’t know?  What about all those that the Williamson County School Board could know (if they don’t) if they would seek?  What about all the tax dollars spent to defend these likes? One of those defenders is now going to be the new full-time superintendent.  Or is it easier for the board, parents, others to simply decide that what you or they don’t know can’t hurt?  And then, of course, there are the children