The TN Council on Children and Youth (TCCY), its nine regional council members and anyone else that wants to participate, will access a free webinar on checking their white privilege.

The “free” webinar “Cultural Collisions” addressing “cultural competency” is being paid for by the Tennessee Department of Mental Health and Substance Abuse Services (TDMHSAS). This is the second webinar in a series on implicit bias and racial equity. 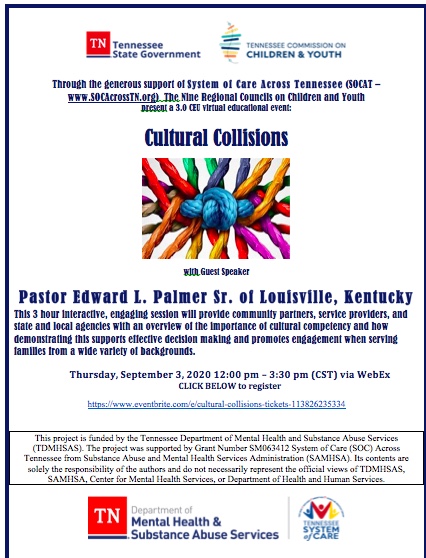 The third and final webinar is titled “Lets Talk Race.” The training objectives include “a safe and carefully led conversation about the history of slavery in the United States and its inevitable impact in present day”…and “the impact of racial constructs in legislation, policies, practices, and cultural identity.”

TDMHSAS Commissioner Marie Williams was originally appointed by Haslam and was reappointed by Bill Lee in January 2019.

The goal of “cultural competency” is to help white people understand and acknowledge their implicit biases across a wide range of issues which can include race, class, gender sexual orientation, sexual identity, religion, weight, discrimination and the mother of them all according to BLM, white privilege.

Last year, Williamson County teachers were shown a “Cultural Competency” video series as part of professional development, one of which addressed white privilege and how it causes “unintentional bias.”

Palmer and his wife co-pastor at The Sign of the Dove Church International located in Radcliff, Kentucky. From his bio:

“He is a Certified Diversity Trainer and works to eliminate racial and ethnic disparities within the child welfare and juvenile justice systems.  He most recently became a certified Racial and Ethnic Disparities Capstone Project Fellow through the Center for Juvenile Justice Reform at Georgetown University.”

Palmer has a single entry on his blog, entitled, What is Race?

Race is a social construct used by some as an indicator of inferiority or superiority. Race as a social construct influences how individuals are perceived and treated by others and systems within society. Since as early as and even before the 1500s, the pseudoscientific idea that race defines who is less intelligent, less capable and of less value to humanity has been used to justify the violent, demeaning and harsh treatment of people on the bases of skin color….

Because the consequences are real, race will continue to matter until we debunk and deconstruct the idea of race and the systems that have used this ideology to discriminate and depress people of the perceived minority group.

It is a laudable mission for resources to be directed to struggling and vulnerable children, young adults and their families. Successful interventions serve the larger community but the timing of this diversity training is highly suspect and too many actions are being justified under the COVID intervention umbrella.

The August TN Commission on Children and Youth (TCCY) newsletter includes the Commission’s statement on racial justice with the view that Tennessee is a racist state:

Another TCCY August newsletter focused on federal updates includes links to ultra-left Center for American Progress COVID information, the left-leaning Urban Institute which more often than not, pushes a progressive policy agenda, and the Robert Wood Johnson Foundation which was a key funder of groups pushing Obamacare and has made grants to the Clinton Foundation.

To round it out, the TCCY federal update newsletter included a link to this anti-Trump piece put out by the Center for Budget and Policy Priorities, another group “widely regarded as being aligned with progressive and liberal positions.”

The TCCY is a state agency funded with public money and should not be using its access to state-wide employees to share its own overt political bias.

Commissioner Marie Williams whose agency is paying for the cultural competency webinar series can be reached at 615) 532-6500, Marie.Williams@tn.gov 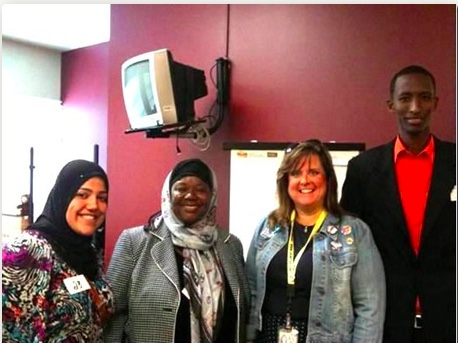