Previously we defined many social justice organizations within the United States as arms of Palestinian groups looking to end alliances between US law enforcement and Israel police and military.

Social justice groups working within the U.S are being funded by billionaires, who seek to destroy America, and Israel. How would it all begin? Break down law and order and cause chaos. As mentioned in Part one, the umbrella organization is the “Researching the American Israeli Alliance” (RAIA), with “Palestine is Here” and “Jewish Voice for Peace” (JVP). JVP is the fringe anti-Israel group that supports the boycott of Israel, and also the brain child behind “The Deadly Exchange”.

According to the JVP “Jewish organizations such as the Anti-Defamation League (ADL) sponsor “exchange programs that bring together police, ICE, border patrol, and FBI from the U.S. with soldiers, police, border agents, etc., from Israel.” Through these exchanges, JVP says, “worst practices” are shared “to promote and extend discriminatory and repressive policing in both countries.”

JVP further “alleged that exchanges of arms, security technologies and ideologies exacerbate violence and discrimination against communities of color in both countries.” This campaign seeks to hold Jewish institutions accountable for their complicity in funding and promoting this state violence. This anti-Semitic campaign’s purpose is to accuse Jews of having blood on their hands, being responsible for state violence. The Anti-Defamation League (ADL) is a target due to their sponsoring US law enforcement training with Israel.

So what is the Deadly Exchange? Launched in 2017, its goal is the shutting down of training and exchange of ideas, and tactics which they describe as militarizing police to kill and suppress blacks and browns. By accusing the main sponsor (ADL) of aiding in the killing of Palestinians and minority community members here in the U.S, they hope pulled monetary support, along with political correctness will shut them down.

Not only do they want training shut down, they want to eventually abolish police. Read the entire Deadly Exchange report here. 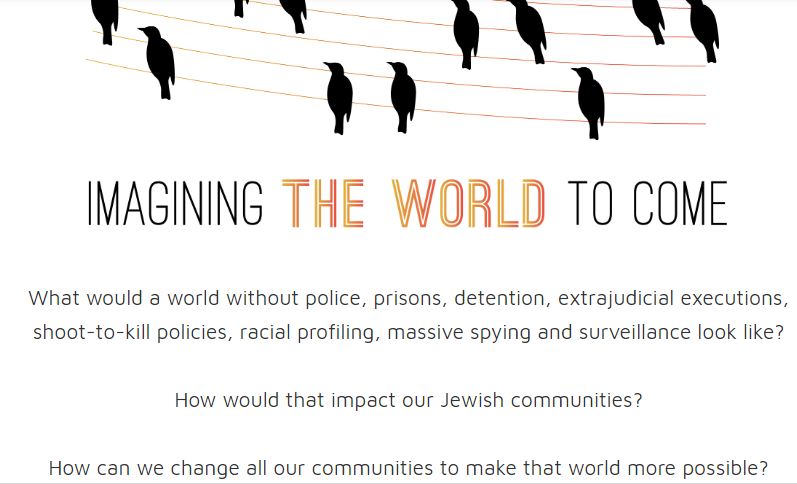 Think this can’t happen? In April of 2018, Durham North Carolina’s City Council “The council opposes international exchanges with any country in which Durham officers receive military-style training since such exchanges do not support the kind of policing we want here in the City of Durham.”

Overlooking the real purpose of this training which is the prevention and mitigation of domestic terrorism.

Next up: The coalitions that are part of this effort, and how they are affecting local police departments.