Do not believe for one second community social justice organizations are for building bridges to unite Americans or to promote tolerance and understanding. The truth behind the formation of groups like the American Muslim Advisory Council (AMAC), Showing up for Racial Justice (SURJ) Black Lives Matter(BLM) and scores of others ( including Jewish ones) are created for many reasons, but the most egregious is the effort to dismantle U.S law enforcement , U.S prisons , and the criminal justice system as we know it.

With a steady and rising campaign of misinformation, these groups are aligning themselves with Palestinian civil rights supporters, attempting to prove American law enforcement is being militarized to suppress the rights of the “brown and black” communities in the United States, by attending training by Israeli police and military. In the next several articles we will expose these groups, their ideology and the completely false narrative they are promoting.

Starting with the umbrella institution the “Researching the American-Israeli Alliance”, which defines itself as “a research initiative launched in 2017 dedicated to exposing the connections between American and Israeli state violence. At RAIA, we seek to raise awareness of the close collaboration between the Israeli and American governments to surveil, profile, and control social movements, communities of color, and other marginalized populations in order to suppress popular resistance.” 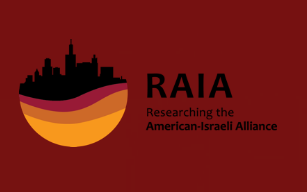 Israel law enforcement and military have developed best practices for fighting terrorism, and civil unrest using the latest technology, and equipment which has managed to maintain law and order and reduce the number of their officers being killed. As we have seen in America, police are being ambushed and murdered, and acts of terror, although many are thwarted, there are many waiting in the wings to cause devastation and destruction. Training with those who have experience and learning how to combat domestic terrorism is paramount in keeping Americans safe and secure. In no way are American police officers attending training with Israel to suppress, oppress, or harm any communities in which they serve.
However, this is the tactic the social justice organizations are using to fight for not only tying the hands of police, but eventually abolishing them, as we can clearly see that ICE (Immigration and Customs Enforcement) is their first target.

One group falling under the umbrella of RAIA (Researching the American-Israeli Alliance) is Palestine is Here. According to their website: “Palestine is Here, a project of Researching the American-Israeli Alliance (RAIA), is a database tracking Israeli military ties to American local government, police departments, corporations, and academic institutions. Using simple search algorithms to help activists expose the connections between American and Israeli state violence in their communities, the database works to support direct grassroots organizing to end US militarized trainings, academic collaborations, and technological exchanges with Israel.”

This association has collected the names of American police departments that have sent members to Israel for training or who have attended conferences and seminars here in the U.S. Their goal is to pressure law enforcement to end this training, by misleading their communities into believing they are training to kill more “blacks and browns”. One example they promote is the killing of Michael Brown and how the police handled the riots that followed in Ferguson, paralleling how Israelis kill Palestinians (brown people) in order to control and suppress them.

As we witness daily, there is an effort to rile communities of immigrants, blacks, Muslims and Latinos (both of which they define as brown) which has unified them, all agreeing they are victims of police brutality and discrimination. All believe their causes are the same and are shared with the Palestinians, both here in American and far away in Palestine.
The unification of Students for Justice in Palestine, American Muslims for Palestine (AMP) Black Lives Matter (BLM) Standing Up for Racial Justice (SURJ) and many others, are now a force we all need to pay attention to.

Next: “The Deadly Exchange” , Groups in your area, Community Oversight Boards their current targets.