AMAC’s goals and tactics for achieving the goals of political Islam is the same as CAIR’s. Neither can be distinguished from the other.

Their first act of political push-back was to bring CAIR’s lawyer Gadeir Abbas to the capitol to oppose the material support anti-terrorism bill.

From the beginning, the AMAC-ACO duo as organizations and as individual members, have been partnering with CAIR undeterred by the fact that CAIR, a creation of the Muslim Brotherhood, serves as a front organization for HAMAS. Nor is there any concern that CAIR pushes a virulent anti-Israel agenda. Nor have AMAC-ACO members been concerned about CAIR’s ties to the Muslim Brotherhood and to “Islamic extremism and terrorism.” Former CAIR state directors have either help lead the AMAC-ACO group, partnered with its members, or been brought to Tennessee to train Muslim teenagers into political Islam activism.

AMAC-ACO CAIR-linked activism is being executed in Tennessee via seemingly unobjectionable motives such as “preventing discrimination and bullying”, “countering prejudice”, “correcting misinformation”, “supplementing school curriculum”, dawa (proselytizing Islam) by providing “cultural” presentations especially to school and church groups, interfaith dialogue, and promoting religious freedom. All result in silencing any and all critical analysis of political Islam’s true intentions for the kafirs of Tennessee.

In lockstep with CAIR and the Muslim Brotherhood plan, AMAC-ACO works to insinuate Islamic values and customs in a gradual, yet comprehensive manner to displace our Judeo-Christian foundation.

For all intents and purposes, CAIR is HAMAS

CAIR was started with money from the Holy Land Foundation Islamic charity and was planned to be a public relations and recruiting arm in the U.S. for the terrorist group “HAMAS” (an acronym for “Islamic Resistance Movement”).

The IAP is listed in the 1991 Muslim Brotherhood plan as one of the “organizations of our friends”. The plan is titled, An Explanatory Memorandum on the General Strategic Goal for the Brotherhood in North America. (English translation begins on page 16) and is stated plainly – destroy Western civilization (p.21 of the translation).

This document was entered into evidence and authenticated during the the Holy Land Foundation (HLF) trial, the biggest and most successful terrorism financing prosecution in the U.S. Five HLF leaders were convicted for providing material support in the form of $12 million dollars, to help the terrorist group HAMAS eliminate the State of Israel.

In 1997, the U.S. designated HAMAS as a foreign terrorist organization.

The ADL website confirms CAIR’s Muslim Brotherhood and HAMAS ties. It also cites CAIR among the Top 10 Anti-Israel groups in the U.S.:

In Tennessee, for example, in 2013, under the ACO umbrella, CAIR- Michigan director Dawud Walid was brought in to train Muslim high school students in political Islam activism. Dawud Walid has declared CAIR’s role as being “defenders of the Palestinian struggle.” While he downplays the terrorist group al-Shabaab as a group “that’s been involved in a lot of fighting,” he reminds his audiences that Jews “incurred the wrath of Allah.”

Zulfat Suara an AMAC co-founder and chair until just recently, has publicly declared her idol worship for CAIR endorsers Ilhan Omar, a former CAIR-Minnesota advisory board member and Rashida Tlaib. Both Omar and Tlaib assist CAIR in fundraising. Suara has not condemned either Omar or Tlaib’s anti-Semitism and anti-Zionism.

To the contrary and for her part, under Suara’s leadership, AMAC helped normalize anti-Semitism in Tennessee.

A Sampling of the AMAC-ACO-CAIR partnership in Tennessee 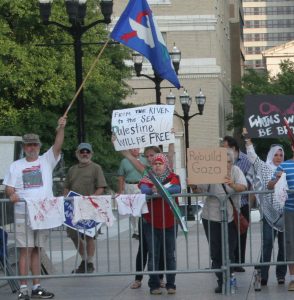 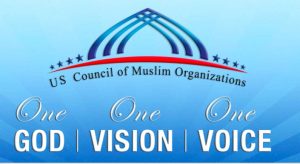 2018 – CAIR “working with our allies here on the ground in Nashville, AMAC,” bullies Trevecca University into canceling an event (afraid the truth would get out???) featuring John Guandolo, Cathy Hinners and Bill Warner.

2019 – AMAC co-founder Zulfat Suara who has led AMAC since 2012, recently resigned in order to run for an at-large seat on the Davidson County City Council. If elected, CAIR will have a proxy embedded in the Metro Nashville government.

It’s no surprise that Samar Ali is picking up the threads of her father’s anti-Jew agenda by helping anti-Semite embracer Zulfat Suara, get elected to the Metro Nashville City Council.

See the rot from within???