To no great surprise The Tennessean newspaper – mouthpiece for all things leftist, progressive and radical – is complicit in helping Zulfat Suara mislead readers and potential voters, about her campaign platform and about her political radicalism. https://www.tennessean.com/story/news/religion/2019/06/28/nashville-council-candidate-zulfat-suara-facing-attacks-over-religion/1583626001/

The paper’s “faith reporter” Holly Meyer wrote Suara’s sob story about her hurt feelings to gin up a sympathy vote as she tries to win an at-large seat on the Metro Nashville Council. 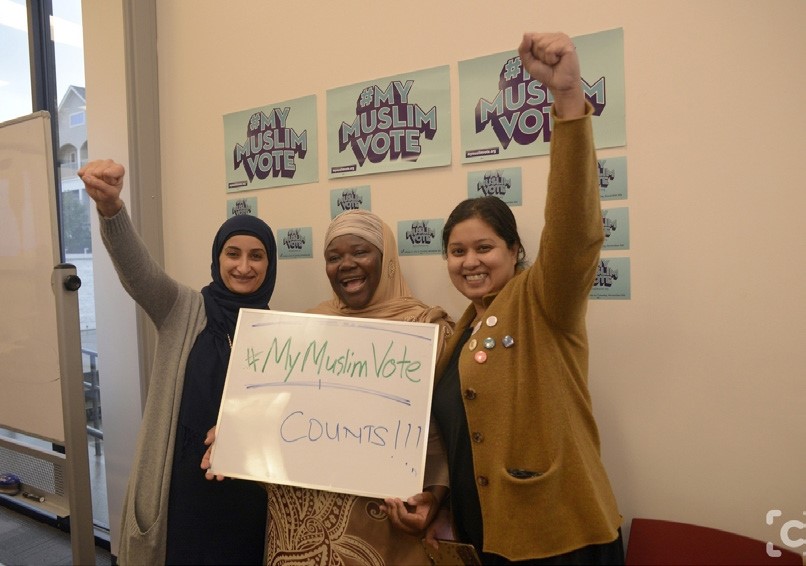 Suara says she’s received hurtful comments because she is a Muslim even though she hasn’t made her religion part of her campaign. That is, except for the part where she wants everyone to know that if she wins one of the three at-large council seats, she’ll be the first Muslim in Tennessee elected to a political office.

Suara claims that she’s running for the Metro Council because she just wants to give back to the city and the country that’s given her so much.

What Suara conceals behind the “I want to give back to the city” dribble, is that she stands the best chance of winning a seat on the Council only if she runs at-large instead of running for her District 22 seat. Sheri Weiner who currently represents Suara’s Council district, is termed-out so she is running for one of the three at-large seats up for grabs.

Only three candidates are running for the District 22 seat where Suara lives. Suara lives in a district where she owns a newly constructed house valued at over a half million dollars.

But Suara has opted to be one of 15 candidates trying to win one of three at-large seats – why?

Demographic information taken from the 2017 American Community Survey for Suara’s district shows 5.87% are foreign born residents with almost 6% of the district population not being able to vote because they aren’t citizens. That is, until Suara and her ilk push voting rights for non-citizens and illegals in local elections.

She’s counting on the “My Muslim Vote” campaign to help her win. 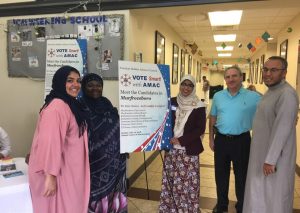 Joining with groups like MPower Change and CAIR, a HAMAS front organization, Suara and her crew of far left radicals brought the “My Muslim Vote” to Tennessee.

Vocal anti-Semite Linda Sarsour was a principal founder of MPower Change. In 2016, under Suara’s leadership, AMAC brought Sarsour to Tennessee and featured her and AMAC’s anti-Semitic board member Drost Kokoye, in a program on “intersectionality.”

AMAC is also partnering with CAIR in the Muslim Voter Fund project.

For Suara, Muslim-centric goals have only ever been the focus and will remain her focus if elected to the Metro Council.

From the start of her political activism, Suara was strictly about tribal, Islamist-centric politics. Only recently has she piled on the radical left’s issues of shielding criminal illegal aliens from deportation, the citizen police oversight board and normalizing anti-Semitism in Tennessee.

Suara’s claim to the “separation of church and state” is misleading and deceptive. Islamic religious doctrine, which she says is why she covers her head, is the same doctrine which dictates that Islam must dominate non-Muslims and forces us to submit to all their demands just as it is prescribed in the Quran. Suara wants freedom to practice her religion but have the restrictions also apply to everyone. It’s like this: kosher for Jews means THEY don’t eat pork; halal for Muslims means NOBODY eats pork.

Translation: to protect the rights of Muslims to practice their religion means depriving non-Muslims of rights such as freedom of speech.

Remember the Islamist outrage over the drawing of Mohammed contest? Closer to home, Awadh Binhazim, the former volunteer Muslim chaplain at Vanderbilt and a prolific proselytizer of Islam (dawah), was part of a 2006 panel at the Vanderbilt First Amendment Center discussing the Mohammed cartoons.  At that time he was also listed as an adjunct professor of Islam at the Vanderbilt Divinity School.  Binhazim was quoted as stating that “all Muslims” view the publication of the cartoons as a “provocation.”  It was reported that he openly supported suppressing speech and that Muslims “do not share the value of free speech as it is recognized here”; a statement consistent with Islamic blasphemy laws and actions by Islamic organizations in the U.S. and Europe, to criminalize speech that Muslims find offensive.

The freedoms that Suara has here as opposed to her native Nigeria, are ones that she has worked tirelessly to abridge while leading the American Muslim Advisory Council (AMAC).

In fact, under Suara’s leadership AMAC has effectively become CAIR’s Tennessee state chapter. Don’t be surprised if in the not too distant future we see a former AMAC board member recently graduated with a law degree, be hired to formally head up a CAIR-TN office. Surely there is room in the Conexion Americas Casa Azafran building, the site that functions as the headquarters for the TIRRC-AMAC-ACO groupees.

The Tennessean’s boo-hoo piece only casually mentions Suara’s leadership of AMAC during which time she attached herself and AMAC to Linda Sarsour, one of the most vocal Islamist anti-Semites. Nor did Suara ever take steps to address AMAC board member Drost Kokoye’s repeated tweeting of anti-Semitic slander and Jew-hatred activism.

Instead, Suara drooled over Jew-hating Islamists Ilhan Omar and Rashida Tlaib – “Blessed to have met you both and honored to be inspired by you. Thank you for your courage to serve and in doing so inspire many. This Congress is truly inspirational and there are many young girls out there that because of you and the other ‘first’ are thinking why not!”

Forget Suara’s religion – really, who even cares. Look at who Suara collaborates with and who inspires her. That’s what should concern voters in Davidson County.