The current climate has many believing if you do not support  Black Lives Matter you are considered a racist. However, there are millions who do not support it, or find it credible due to it being founded on the lie “hands up don’t shoot”. Promoting an agenda based on a proven lie has diminished its struggle for justice. It all began with the death of Michael Brown in Ferguson MO on August 9 2014 at the hands of a white police officer. As the criminal acquittal of the officer caused communities to be enraged, former Attorney General Eric Holder launched an investigation to see if civil rights were violated. On page 8 of Eric Holders report it states: 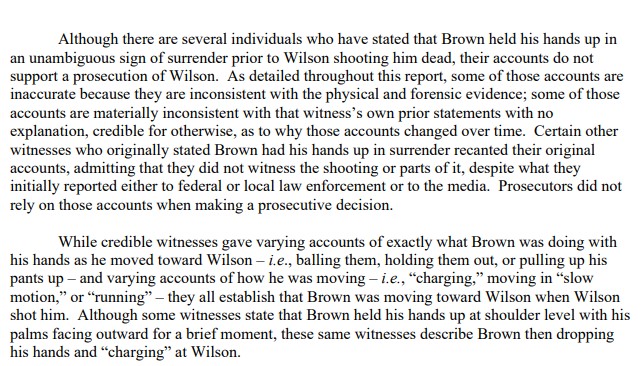 The entire claim that Michael Brown was surrendering with his hands up exclaiming “don’t shoot” was proven not to be true. Another problem Black Lives Matter has, is the out right, public  disdain for police. It is certainly a first amendment right to declare your hate for something, but promoting violence towards those you hate is something else. In this video originally captured by NBC, protestors in NYC are heard chanting “what do we want?” “Dead cops!” “When do we want it?” “Now!”    This as the death of Eric Garner sparked new protests by Black Lives Matter in December of 2014/ 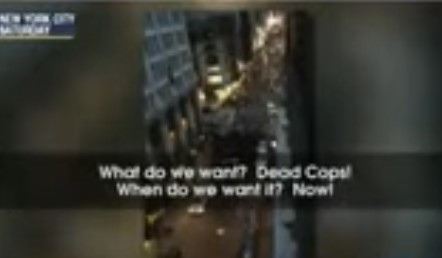 Probably the most egregious faults of the Black Lives Matter movement is the slogan itself.  How is it black lives matter, but only those killed at the hands of white police? Hundreds of black, mostly men are murdered every single day in cities throughout the United States, with Chicago leading the way. Why do their lives not matter enough for rage and demands for change? Do their families grieve any less because, their son was killed by one of their own? Did that life not matter enough because a white cop was not their killer? Murder is murder, but it seems to take a different perspective when a black is killed by a black.

It never fails that when a sign or chant declaring “all lives matter” is seen or heard, the word racist is used immediately. It is unfortunate what could be a symbol for change and justice is demeaned and exploited.  Until those who lead the movement of Black Lives Matter shows their sincerity and willingness to be outraged at every black death, including the millions of black babies aborted, their cause will only appeal to those who are taken by lies not facts.