There’s the Bill who as the chief executive of the state government either doesn’t have a clue what is going on in his administration or what his politically appointed commissioner is doing to facilitate the welcoming of the arrival of unaccompanied alien children (UAC) who were smuggled into the U.S. illegally more often than not, by parents who are also here illegally. But more than likely, and from all indications, he’s actually known all along.

Haslam feigned the same surprise about UAC arrivals during the 2014 surge. And we all know that Haslam was okay with illegal immigration going so far as to try finishing his run as governor by giving illegal alien students the parting gift of in-state college tuition.

The other useless bills are the ones being filed by Tennessee’s U.S. Congressmen who also have no clue what’s going on in the state they represent .

Blackburn, Hagerty and Fleischmann are giving each other high fives for quickly filing a bill that makes it look like they are doing something to address the arrival of the UACs.

Maybe someday the “Migrant Resettlement Transparency Act” will get yet another untimely after-the-fact federal report published but their bill is both unlikely to see the light of day and is highly unlikely to stop federal dumping of illegal aliens in Tennessee. Tim Burchett is a co-sponsor of Fleischmann’s bill.

The trio insist that before the federal government transports more UAC illegal aliens into Tennessee, details about the kids must be disclosed and that the “Secretaries of Health and Human Services and Homeland Security consult with governors and mayors of affected jurisdictions before any federally directed, administered or funded resettlement, transportation, or relocation of illegal aliens”.

Feds: Buenos días mayor. Have you talked to the parents who want their children brought to them? Do you have the list and can you tell us how many children we will be transporting? Are the parents all paid up with the coyotes or are you covering the cost?

Mayors: We are all set to go here! We assured the parents that it doesn’t matter if they are also here illegally because we at least can say we are good Christians and that always trumps lawbreaking.

Then there’s Mark Green’s new bill which he’s using to try and recover from his first UAC bill disaster. In a recent interview, Green still insists that UACs are refugees even though the law is clear that UACS don’t magically get converted into refugees just because the U.S. Office of Refugee Resettlement takes custody.

“Making those guys be classified as migrants keeps the legal status in a way that the federal government can’t force them on Tennessee.”

What is Green talking about? The UACs already have a status and it’s called illegal. The federal code, as in U.S. law, clearly states that UACs have “no lawful immigration status in the United States” – they are illegal aliens! There is no “automatic refugee status” as Green claims. Even funnier is that a Tennessean reporter gets that as Green admits, his bill still lets DHS house UACs in HHS contracted facilities like the one run by Baptiste Group in Chattanooga.

So while Hagerty, Blackburn, Fleischmann and Green try to out-UAC each other, they continue to ignore the growing adult worker illegal alien population in Tennessee which is a MUCH BIGGER PROBLEM. Just take a look at the numbers reported by Customs & Border Protection and see how much cheap labor Republicans protect for their big dollar cronies. 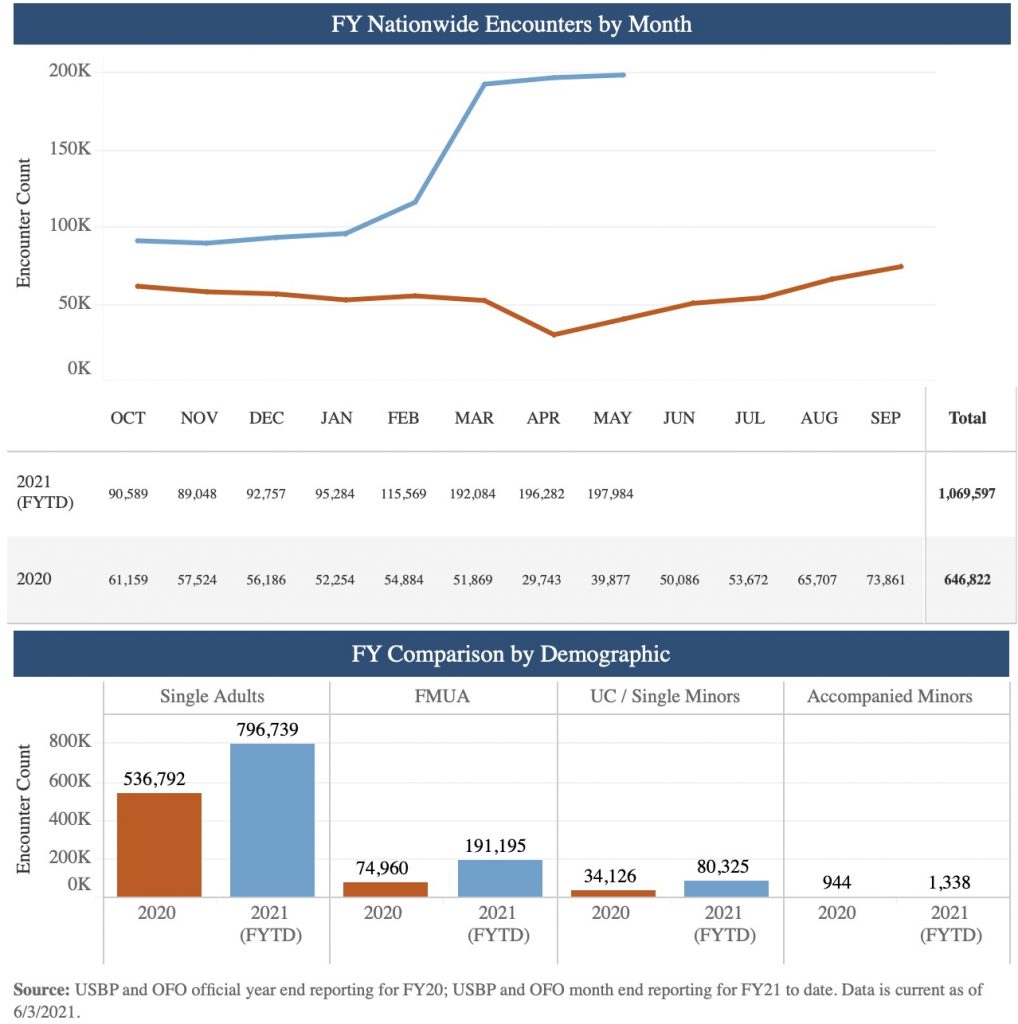 And why aren’t they talking about what Biden and his DOJ are doing to make asylum more easily and more widely available? Shortly after taking office Biden issued an executive order directing the new Attorney General Garland to put new regulations in place to undo the multiple ways in which the Trump administration tightened some of the vaguest and most flexible standards for getting asylum including based on domestic violence and family relationships. So now, “married women in Guatemala who are unable to leave their relationship” can once again be used as a reason to be granted asylum.

As Julie Kirchner who writes the Immigration Journal points out, the “dramatic” asylum changes are coming at the same time that the Biden administration will be rescinding the Title 42 public health authority which the Trump administration used to turn people back from the border. Once Biden pushes these and other changes through, loosening and opening all avenues to enable pretty much any illegal alien to enter and stay in the U.S., all this GOP yakking about transparency and reclassifying UACs, will prove meaningless. Check out these numbers from CBP: 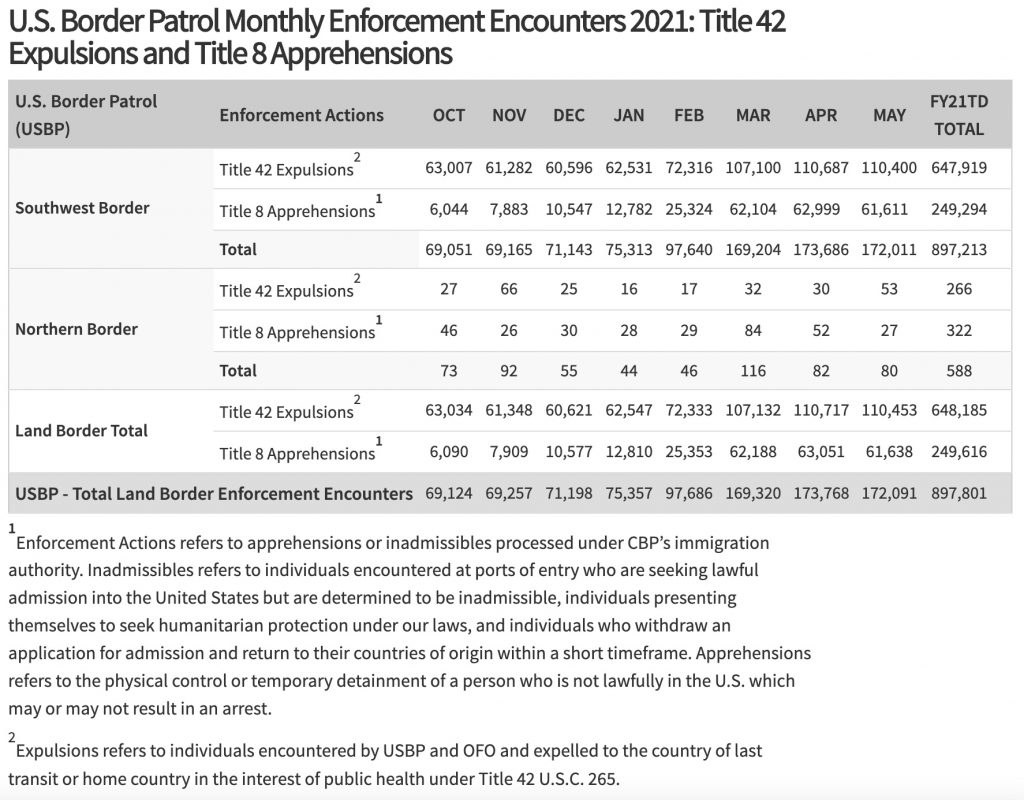 4 thoughts on “Useless Bills on UACs Arriving in Tennessee”