Imagine your child being bullied in school, not just from other children but from their teacher. In most states, and their respective school districts, there are strict policies outlining the protocol for reporting and responding to cases of bullying. In Tennessee, on the TN Dept of Educations website, they define bullying here in part: 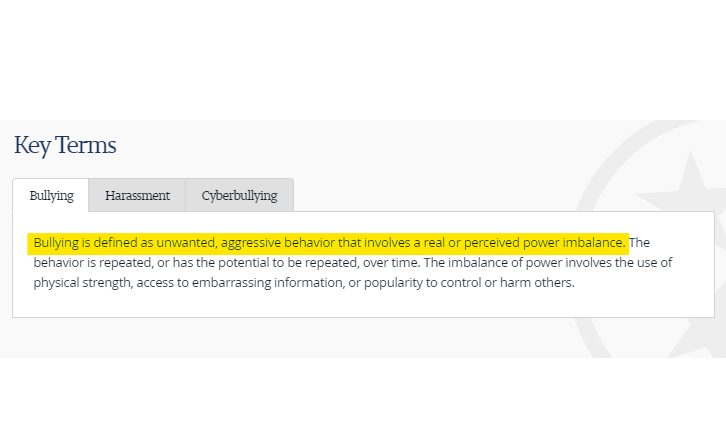 How many parents would allow their child to be bullied? What if the teacher is doing the bullying? Using Coffee County TN school board policy on bullying as an example, it states :

Wake up parents, when your children to return to school this fall, they will be bullied, but in the form of a new curriculum based solely on race..the white race. It is called Critical Race Theory, and it is bullying at the most dangerous level. In fact, many states, including Tennessee have banned the teaching of CRT due to its anti-white, anti-American agenda. Despite Tennessee’s General Assembly passing a law CRT cannot be used in Tennessee public schools, so far 56 teachers throughout the state have declared they will in fact break the law. Tennessee’s Education Commissioner, Penny Schwinn will have the ability to withhold state funds for school districts that break the law. But where is the accountability and disciplinary action for the teacher who puts the school district in that position? If charges for bullying lead to termination, the same should be done for teachers breaking the law. Revoking their teaching license should also be considered.

To be clear, social justice activist teachers want you to believe Tennessee law bans critical thinking involving unpleasant history, so here is what Tennessee law allows, just as it has in the past.

The Tennessee law does prohibit, as it should :

Do not believe for one second the leftist, radical narrative that CRT will teach the truth about history. There is nothing truthful or constructive teaching a false history that whites have been, and still are oppressors, and blacks have been, and still are the oppressed.  That is called racism. White children are being set up to believe they are privileged and are responsible for our nation’s historical sins. Black children will be taught they are oppressed by their classmates, and despite their ability to excel, will be made to feel inferior.

Activist teachers and their unions, have declared they will continue to push this curriculum, no matter what laws will be broken, all at the expense of inserting their opinions as to what your child needs to learn. Teachers who teach children to hate others, and themselves is not about history, but rather relieving themselves of their self-inflicted white guilt.

Critical Race Theory is the bullying of white students, and as bullying is not accepted in classrooms, CRT should not be either.

Next in Part 2, learn who the 56 teachers are, and what parents must be prepared to do.