See how cowed the press is? So afraid of offending Islamists that they don’t even bother to tell you about what should be real concerns about the iERA organization which is the creator and sponsor of the traveling Jesus Exhibition.

Actually, the press, especially in Nashville, has forever been nothing more than an apologist propaganda machine for Islamists.

This coming Saturday, November 9, the ICT is opening for the public, the iERA’s (Islamic Education and Research Academy) traveling Jesus Exhibition.https://dailyrollcall.com/islamic-center-of-tennessee-we-muslims-love-jesus-but-its-okay-to-denigrate-and-when-necessary-persecute-christians/

ICT’s imam, Anwar Arafat works with the UK-based iERA to fight Islamophobia. He is the imam promoting the iERA and its work, first in Memphis and now in Nashville. 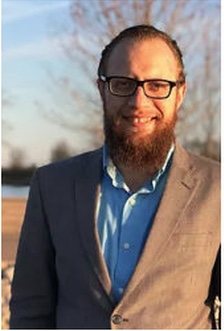 And as expected, neither Arafat, leaders of the ICT or the Islamist apologist Tennessean paper have disclosed any of the controversy surrounding iERA due to actions and statements made by the organization and some of its representatives.

Among other things, iERA has been banned from University College London due to having attempted to establish gender segregated seating during iERA events. The Daily Telegraph wrote that the iERA was being investigated by the Charity Commission: “amid allegations that its leaders promote anti-Semitism and have called for homosexuals and female adulterers to be stoned to death”.

Bilal Philips is discussed extensively in the report and noted as having an advisory relationship with iERA. Philips is a Canadian Muslim teacher, speaker, and author who currently lives in Qatar, having “converted to Islam in the early seventies after journeying politically and intellectually from Christianity to Communism.”

He disputes many of the claims made about him in the report including being denied entry into certain countries. In 2014, it was reported in connection with his deportation from the Philippines, that he “has been barred from entering Australia, the United Kingdom, the United States, Kenya and as of June, Bangladesh. Germany expelled Philips in 2011 after officials there claimed he advocated killing homosexuals. His books, some of which have been banned in countries such as the Czech Republic, advocate against Western dress and music.”

This just goes to show how much more tolerant we are in Tennessee because absolutely nothing happened to Awadh Binhazim who during his tenure as the volunteer Muslim chaplain at Vanderbilt, told a student gathering that Islamic law mandates capital punishment for homosexuality. When he was asked whether he accepted or rejected the Islamic punishment for homosexuality, Binhazim also confirmed, that “as a Muslim he does not have a choice of whether to accept or reject what Islam teaches.”

Binhazim was first very involved with the Islamic Center of Nashville, serving on its shura board (a consultative body which implements Sharia law), but moved on to co-found the ICT to help ring the city with mosques. Binhazim is aggressive in Islamic dawa (prosletizing), promoting Shariah as an immutable and politically dominant way of life, and freely associates with Muslim Brotherhood organizations.

And dawa – getting the poorly informed interested in considering becoming a Muslim, is what the iERA exhibit is really about. The typical and quite frankly, worn-out and unsubstantiated claim of Islamophobia is used as the justification for the amped up dawa in Middle Tennessee.

And no space is spared – how about the Southern Festival of Books???? Free Korans and as much dawa as you want to go with it compliments of the ICT.

Before taking up his position with the ICT, Imam Anwar Arafat was the imam at the sizable mosque Masjid Ar-Rohman in Memphis. Before that, he was an imam in Utah. His bio says he “has studied in Gaza, Palestine, Kuwait, and the United States.”

Arafat actually spent his teen years in Gaza where he attended Al Karmel high school which maintains an “interesting” facebook page with lots of “interesting” pictures like these:

Of course, having your picture taken with the Yasser Arafat, leader of the terrorist Palestinian Liberation Organization (PLO) and referred to in some circles as the “father of modern terrorism,” must have been thrilling for the young Anwar who posted this picture of the two of them: 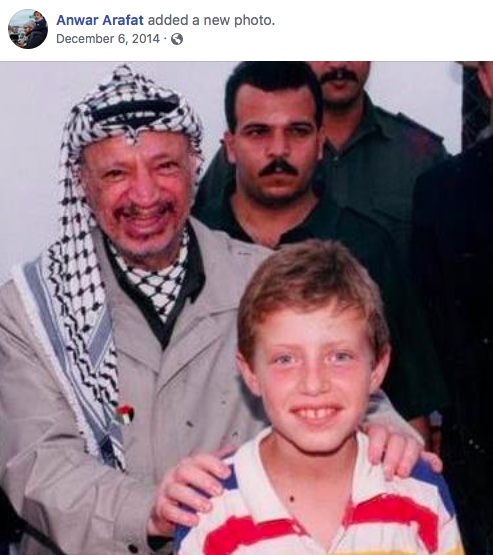 The Gaza strip where young Anwar received a complete education, is controlled by HAMAS, a U.S. designated terrorist organization – just where you send a kid from Utah.

The all grown-up Arafat is the typical Islamist activist. For example, like many of the community Islamist agitators we have in Tennessee, he served as president the MSA at the University of Utah. He was also a cofounder of the Muslim Community Center of Utah.

In 2015, he hosted a Memphis AMAC (American Muslim Advisory Council) fundraiser with Samar Ali and Paul Galloway (a former CAIR leader working for AMAC in Tennessee).

In May 2019, Arafat was the guest speaker at former Mayor David Briley’s Muslim Community Recognition Day to pitch elevating work with AMAC as a way to address the scourge of Islamophobia. The following week Arafat started as the new imam at the ICT.

ICT makes “interesting” picks for their imams, several of which have trended toward the Jew-hating type.

Abdullah Al Ansari – “He [Allah] told us to fight the Jews and Christians. Fight them until they give jizya.  They give this protective tax from their hands and they are humiliated and subdued.  If Islam, true Islam and true Muslims do not rule there will never be justice.” https://www.youtube.com/watch?v=fixcwOGaco8 (at 5:12 and almost word for word Koran 9:29; Reliance of the Traveller o9.8 – Objectives of Jihad p.602).

In 2017, ICT’s imam AhmedulHadi Sharif was preaching about the “enemies of Allah” as he referred to Jews in Israel.

It will be interesting to hear what Arafat adds to the ICT fabric given his own indoctrination during his time in anti-Jew strongholds.