The American Muslim Advisory Council (AMAC) has consistently framed their agenda to be one of building bridges, and forming relationships with government agencies such as law enforcement. AMAC may have the public perception of embracing law enforcement, but their affiliations, and words suggest just the opposite. Another board member of AMAC, and now the “project manager” for Middle Tennessee, Sabina Moyhuddin also holds the ideology and philosophy of the Muslim Brotherhood.

On June 4, 2013, In Manchester Tennessee, AMAC invited members of the Muslim community  to attend a meeting with special guests U.S Attorney Bill Killian and FBI agent Ken Moore. The purpose of their meeting,  titled “Public Discourse in a Diverse Society”, was for Mr. Killian to advise them of their Constitutional rights, and Agent Moore would back that up with how the FBI would intercede if those rights were violated, especially where freedom of speech applies. Both implying that the Muslim community was special, and was afforded more rights than others. In the same presentation, Sabina Moyhuddin slaps the FBI and US attorney in the face while stating Muslims adhere to the policies and the agenda of two Muslim Brotherhood front groups which allows them to be true to their religious values, in other words, they use the protection of the Constitution, when convenient , but prefer to defer to Islamic organizations first and foremost.

The Fiqh Councils purpose is ” to be an affiliate of ISNA, advising and educating its members and officials on matters related to the application of Shairah in their individual and collective lives in the North American environment.”

According to the doctrine of Islam, Muslims may only adhere to laws made and handed down by their creator, Allah. There is no such thing as man made law, again only those created by their god. So while “building bridges” with law enforcement was their main public objective, it is also haram, or not permissible in Islam to be guided by them. Admitting in public that two Muslim Brotherhood groups “help” them remain true to their values, is very significant.

Board member Saleh Sbenaty also has close ties with Muslim Brotherhood groups. Sbenaty, from Damascus Syria, is a professor at The Middle Tennessee State University, and has been the faculty advisor to the MTSU Muslim Student Association(MSA) for several years.( as seen in above picture, the MSA is the number 2 group for the Muslim Brotherhood).  A huge, and very revealing controversy came about when members of the MTSU MSA posted several anti Jewish, hateful, comments on social media going back for several years.

As a faculty advisor to the MTSU MSA, is Mr. Sbenaty ignorant of his students public outbursts of hate towards Jews?   Another relationship Mr. Sbenaty has is with CAIR’s executive director, Nihad Awad. As a leader for the Islamic Center of Murfreesboro, Mr. Sbenaty seems to reach out to him every time a controversy at the mosque occurs. Awad, is a self proclaimed supporter of Hamas. Hamas is a designated terrorist organization within the United States, and CAIR, among other things, has been designated a terror group in several Middle Eastern countries. (More on CAIR coming up). 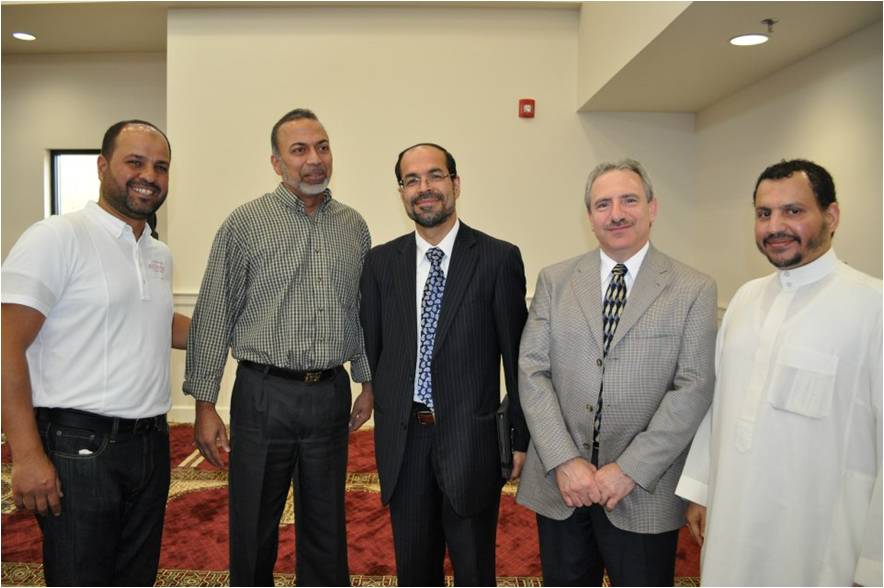 Again, two more board members of an Islamic organization who boasts relationships with law enforcement, and its work in interfaith.  Hate for the Jews, and snuggling with known groups that wish to destroy America should not be near law enforcement, but rather dismantled and removed.

Note to remember: Nihad Awad is also a member of the Muslim Brotherhoods first political party, the United States Council of Muslim Organizations (USCMO), as well as a self proclaimed supporter of Hamas.

Coming up, part 3, the former director of AMAC.