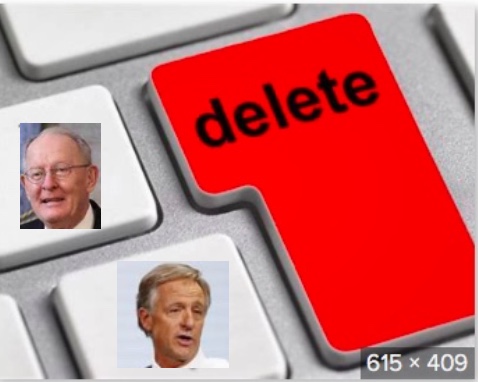 For too long, Tennessee’s ruling political class has been inbred to the Lamar-Haslam circle of establishment elitists.

When Dr. Manny says he’s an “outsider” the Lamar-Haslam GOP agrees – he is not one of them.

They didn’t pick him or groom him to inherit Lamar’s seat. Only a hand-picked Establishment Republican can have it.

They didn’t support candidate Trump in the primary, nor did their hand-picked marionette.

Hagerty was still supporting Marco Rubio in the primary until March 2016 when Rubio dropped out of the race. And before Rubio, he supported Jeb!

Hagerty didn’t support Trump until after Trump won the nomination.

Dr. Manny supported Trump in the primary with a $10,000 donation to the Tennessee Republican Party’s federal election account. Dr. Manny’s campaign said the donation was to support candidate Trump.

Hagerty moved from one uber-Establishment candidate to another. Neither Jeb! nor Rubio had any credible conservative credentials. In fact, Rubio had already proven himself to be soft on illegal immigration, an issue of great concern for Tennessee conservatives.

Lamar and Haslam were also soft on illegal immigration.

Lamar voted for Rubio’s 2013, “Gang of Eight” amnesty immigration bill. Opposing a Trump Executive Order on illegal immigration, Lamar said he wanted a “bipartisan immigration solution [which among other things, provides a status [ie, amnesty], for those already here.”

Haslam pushed for in-state tuition for illegal aliens and refused to sign the strengthened anti-sanctuary city bill which helps protect Tennessee citizens from illegal aliens who commit crimes in the state.

Dr. Manny hasn’t revealed who from the Tennessee Establishment empire told him to stand down and not to run for Lamar’s seat. Would anyone be surprised if the order had been issued by “the Machine”????? These good ole’ boys are used to getting their way and Dr. Manny is upsetting their plan to continue running “the Machine” even after they leave office.

Dr. Manny is the best chance to break the Establishment headlock on Tennessee conservatives.