Parents if you don’t pay attention to what your children are learning in public schools, you are the problem.

It does not matter if you have a D or R on your voter registration card, it matters that your child will be learning to hate others and themselves.

These are a few of those responses by the teachers interviewed.

“It will make it harder for me in the classroom as most of my students face racism and discrimination in this country. Good teachers should be teaching the truth, which is that every system in the U.S. is built on racism and white supremacy.”  — Travis Vaughn, math teacher at LEAD Southeast High School, Nashville

“To be frank, the bill will not make it harder for my personal classroom because I plan to ignore it. Who’s going to enforce it? This is a bill that viciously favors white children and ignores the needs of children of color. All the reported reasons I read that were given by the lawmakers were to protect the feelings of white children, with no thought or concern to what is best for society as a whole or for children of color.” — Liz Jarvis, English as a second language teacher, Cornerstone Prep, Memphis

“The Republican Party has focused on ‘cancel culture’ quite a bit recently, but this bill is its own form of ‘cancel culture’ that goes entirely too far. History teachers can not adequately teach about the Trail of Tears, the Civil War, and the Civil Rights Movement. English teachers will have to avoid teaching almost any text by an African American author because many of them mention racism to various extents. Even classics written by white authors like ‘To Kill a Mockingbird’ and ‘Huckleberry Finn’ will now be off limits.

“Both history and English content standards require students to think critically. Teachers are evaluated based on our ability to inspire critical thinking. How are we supposed to teach the standards and have our students think critically when we can only present and discuss one side of an issue?” — Mike Stein, English and English as a second language teacher at Coffee County High School, Manchester 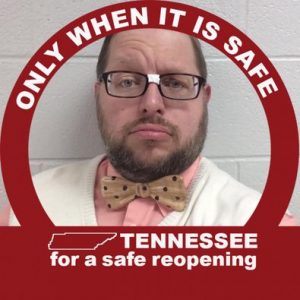 The blatant disregard by those charged with teaching our children is not only disgraceful but dangerous. Not only is it putting your child’s school in danger of losing funding, but further instills a sense of violating laws is ok to do if you disagree with them.

The very idea some teachers feel it’s their right to degrade, and humiliate white children because the trend says you’re a racist if you don’t, is frightening and alarming.  It is vital parents become involved in their child’s education and demand these politically charged topics be left to the parents to discuss, not teachers.

Statements from teachers like the ones above should be questioned and disciplinary actions should be taken. Not only are they misleading, but would be in violation of state law. Teachers need to held accountable for breaking those laws, as anyone else should be.

The following is what the Tennessee law prohibits, and allows.

The Tennessee General Assembly has passed legislation that prohibits the following:

This bill DOES NOT PROHIBIT this:

Parents it is time to take control of what your child learns, and who is teaching them. Children are the future, and can either be productive, good citizens or continue to dismantle and destroy the greatest country on earth. What will you do?