Is anyone really surprised that Marsha is supporting Hagerty? Looks she had to make good on her political IOUs to McConnell and Ward Baker who ran her campaign.

Any surprise that she put her Senate political ambition over her promise to voters?

In September 2019, with regard to the race between Hagerty and Dr. Manny, Marsha, using the royal “we”, Marsha said :

“We will stay out of the primary and let the voters have their say and looking forward to supporting the Republican who’s going to be the next U.S. Senator from Tennessee.”

Fast forward to July 22, 2020, and Marsha suddenly recalls that she still hasn’t gotten over some perceived slight from some individuals associated with Dr. Manny which she claimed happened during her 2018 campaign for Senate.

Marsha needs to put on her big girl panties. That’s about as petty and attenuated as Hagerty’s attack on Dr. Manny over a $50 donation. 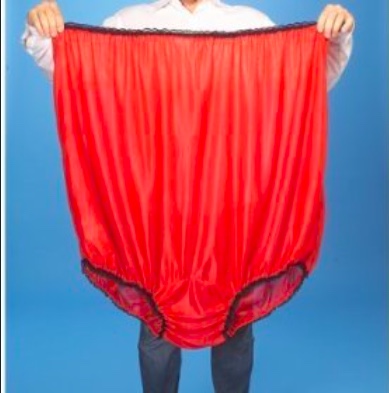 Marsha a loooooong running politician careerist during which she has practiced calling herself a “conservative,” an umbrella label under which she is trying to give Hagerty shelter. The reality is that no umbrella is big enough to obstruct Hagerty’s Establishment bona fides. (What Tennessee’s Conservative Base Knows About Bill Hagerty).

Don’t be misled by Marsha’s fluid definition of conservativism. In 2007, she joined Mitt Romney’s campaign as a senior advisor. She’s not always been on the right side of things or even on President Trump’s side of things.

Or on the right side of things for conservative Tennesseeans. And her late-in-the-game support for what appears to be an increasingly desperate Hagerty, is not the first time she’s thrown her constituents under the bus.

It wasn’t that long ago that she co-sponsored a bill, S.2641, which as originally written, mandated a fast track for Syrians, Iraqis and Kurds to be brought to the U.S. if they claim they were in some way connected, however loosely or remotely, to America’s fight against ISIS. Even after the bill was amended to cap the annual number to 400 for these groups, this limit didn’t apply to the President’s annual admission cap, running counter to a key Trump administration goal.

In fact, on this issue, she was more in line with Bill Lee than her President.

Once again Marsha turns her back on her constituents and reneges on her promise to let the voters decide who they want for their next U.S. Senator. These are the same voters who Marsha begged and Ward Baker helped strong-arm into letting Marsha fill the vacated Corker seat.

Marsha needs to remember that voters have long memories and if not, she will be reminded of her arrogance and double-dealing in the Hagerty-Sethi race. If she runs again, expect that she will have to answer to her Hagpocrisy and the big gigantic dent it has put in her credibility.

1 thought on “Marsha Blackburn Gets on the Hagpocrisy Team!”