For those unfamiliar with the Council on American Islamic Relations (CAIR), the following one minute and thirty seven second video sums it all up.

So why should Tennesseans care?

Do not be fooled by CAIR’s public promotion of being a Muslim civil rights organization, they are nothing more than a front group for a terrorist organization whose goal is the Islamization of society.

On July 5th, Ahmed Shqeirat, an imam from the Islamic Community of Tempe Arizona, came to Memphis TN to ask for support in helping fight “Islamophobia”.Ahmad Shqeirat is one of the 6 imams involved with the Flying Imamsincident at the Minneapolis-Saint Paul International Airport on November 20, 2006.

In an articleabout Shqeirat it was reported  “I was struck by the political nature of his sermons. He repeatedly criticized both U.S. domestic and foreign policy and often exaggerated Muslim victimization. He advocated political unification of Muslims internationally and blamed the United States, Israel, and the West for perceived slights. He called for the political empowerment of Muslims in American society.

On camera, Shqeirat invokes his desire for a global Islamic state, which he claims “is not a threat to anybody…. Establishing Islamic law was a positive experience.”

On Friday, April 6, 2007 Shqeirat  attended a rally in support Rafil Dhafir, who is currently serving 22 years in federal prison for raising millions of dollars and funneling it to “charities” in Iraq through the Holy Land Foundation in addition to diverting $300,000 for his private use.

Shqeirat is executive secretary of the North American IMAMS Federation, which is tightly linked to the Muslim Brotherhood.

While CAIR has remained in the background of many incidents here in Tennessee, the groundwork for them has been laid by the American Muslim Advisory Council  (AMAC), who unfortunately was legitimized and supported by the Haslam administration. AMAC, who claims to be a bridge builder uses “religion” as a guise to infiltrate all areas of local politics,education, and law enforcement. Members of AMAC, continue to promote CAIRS agenda by running for various political positions, and lobbying for open borders,  and rights for illegals.

Because AMAC has made itself appear like a moderate, Muslim organization, run by pious individuals, their ability to gain sympathy and support throughout Tennessee has grown. AMAC undoubtedly will use their influence to introduce CAIR as their partner and ally against what they falsely claim as islmophobia in Tennessee.

CAIR has vowed to have over 100 Muslim “groomed” to be able to run for political offices on all levels in 2020. With AMAC being an ally of CAIR, it isn’t hard to understand why member of AMAC Zulfat Suara is running for an at large seat on the Nashville Metro Council. Suara, who is Nigerian born, recently made statements her religion was under attack, a typical move by Muslims who claim Islamophobia is rampant in Tennessee. While riding on her new found sympathy, once again Suara showed her true colors for the United States, by repeatedly holding the American flag upside down while attending a fourth of July event. 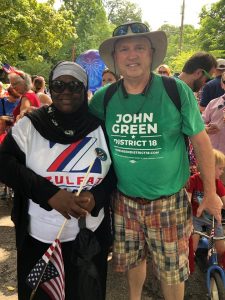 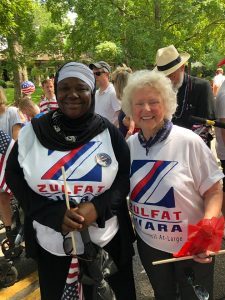 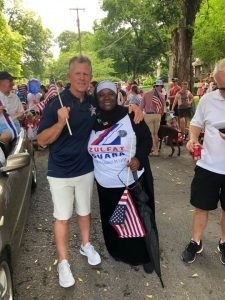 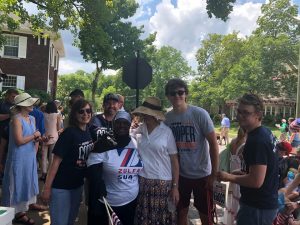 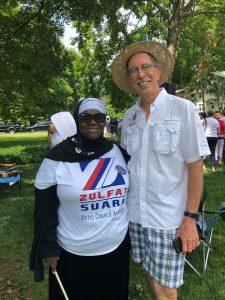 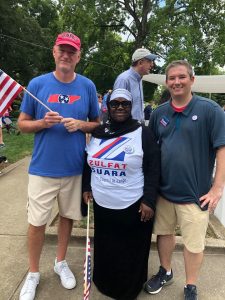 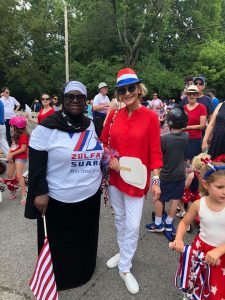 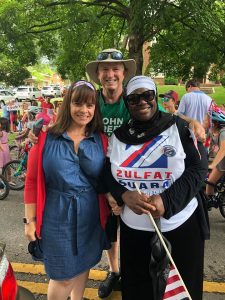 It isn’t about being part of America, accepting the laws, and assimilating, its all about the power to influence and effect change. What groups like AMAC can’t accomplish with sympathy, CAIR will accomplish with law suits.

Keep in mind, CAIR’s ultimate goal is that of Hamas’..the Islamization of society. If they can take the “Buckle of the Bible Belt”, the rest of the country will fall easy.

2 thoughts on “Keep CAIR Out of Tennessee!”