During the (misnamed) Tennessee state legislative Joint Study Committee on Refugees meeting three days prior to the judge’s ruling, the Commissioner of the Department of Children’s Services testified and was questioned extensively by Tennessee legislators about the incidents leading up to the suspension of the facility’s license.

Towards the very end of the hearing, state Sen. Bo Watson (R-Hixson, which is part of Hamilton County), offered some very interesting comments. First he reminded everyone that when discussing UACs and referring to them as “children” can be misleading because the data shows an “overabundance of male older youth” which he put at about 70% who are between 15 – 17 years old.

Then Watson read an excerpt from correspondence he had received from a constituent prefacing it by stating that “it represents what I would believe is a significant percentage in my district.” He went on to read from the correspondence:

“It is heartbreaking to me to see and hear of children being dropped into our city, separated from their families and left to the government system of the United States. Tennessee must insist on the rights of their citizens in this matter. I hope that you will insist that Tennessee expedites the return of these children to their parents, in their country right away. It is not only abusive to these children, but also to require that Tennessee bear the cost of promoting this child abuse.”

Is it safe to assume that Watson read his constituent’s letter into the legislative record because he agrees with it?

If that’s true, then why is Watson supporting Mark Green’s UAC bill which allows an illegal alien living in Tennessee to facilitate the smuggling of a child to the U.S. border without any penalty, and which would override the governor’s veto regarding UAC placements in Tennessee? And to incentivize smuggling even more, the “biological relative” to whom the UAC is reunited with in Tennessee can also be an illegal alien.

The U.S. Department of Homeland Security has pointed out that “poorly written laws that incentivize the smuggling of illegal immigrants under the age of 18” contribute heavily to the increasing number of UACs crossing the border illegally. In 2018, then DHS Secretary Kirstjen Nielsen cited certain draw factors for increasing the number of UACs surging at the border which included, “an immigration system that rewards parents for sending their children across the border alone…” 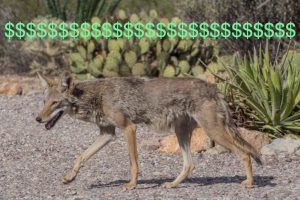 Regarding Green’s bill Watson was quoted in full support: “I was glad to provide my input and greatly appreciate Congressman Green seeking it. This bill fully addresses the federal government’s failure to seek Tennessee’s approval and should be passed immediately.”

Worse still, Sen. Richard Briggs (R-Knoxville), who is also on the (misnamed) Joint Study Committee on Refugees also supports Green’s bill and said, “I spoke with Congressman Green at length concerning the unacceptable relocation of illegal immigrants to Knoxville. His legislation is simple, straightforward, and provides the changes necessary to ensure our state has a say in the process.”

And finally, giving law-abiding conservative Tennessee voters a realistic taste of the direction state Senate Majority Leader Jack Johnson would move the state should the rumor be true that he is vying to become the next Lt. Governor, he said in support of Green’s bill: “It is unacceptable for the Federal government to relocate unaccompanied minors into communities in Tennessee without the consent of state officials. I am grateful for Congressman Green’s leadership in addressing this pressing issue.”

Presumably each one of these senators know how to read and understand legislation. Each one of these Senate leaders should be questioned about their support for a bill that would have the state of Tennessee knowingly abet child smuggling and reward facilitating illegal immigration to the state.