A is for Ali as in Samar and Subhi Ali.

Samar is the sharia compliant finance (SCF) expert Bill Hagerty hired after Haslam appointed him Commissioner of Economic & Community Development. Did she study SCF while serving as an intern at the Islamic Arab Bank in Jordan while it was under investigation for terrorist financing? Maybe it was her support for Democrats like Obama and Hillary that really sealed the deal for Hagerty? Or maybe it’s her oh so very close relationship with Israel-hating Jimmy Carter?

Samar says she got the job because she knew Hagerty from when she was an Obama White House fellow. But Hagerty said it was Samar’s daddy, Subhi, who called him and asked him to consider Samar for the job. Either way, it looks like the Samar and Subhi have Hagerty on speed dial.

B is for BDS! That’s the “Boycott, Divestment & Sanctions” campaign against Israel. Subhi Ali has been the Chairman of the D.C.-based Jerusalem Fund since 2005, an organization steeped in anti-Israel hatred and support for the BDS campaign against our ally Israel!  The Jerusalem Fund used to post the HAMAS charter on their website. HAMAS has been designated as a terrorist organization by our government!  What does Hagerty think about this? Did he know about Subhi’s anti-Israel organization when Subhi called him? Mayabe Hagerty agrees with the Jerusalem Fund’s agenda? Will Hagerty keep taking Subhi’s phone calls and maybe even a visit in the Senate office?

C is for campaigns like Hagerty’s support for Bush in 2016 and his part in Romney’s 2008 campaign. Bush and Romney were both supporters of comprehensive Immigration reform otherwise known by true Conservatives as “amnesty”!

Say no to Hagerty! It’s easy as ABC! 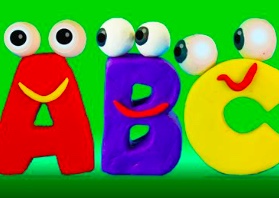