It’s true that Tennessee’s illegal immigration problem is anchored in Davidson and Shelby counties. These blue urbans are run by “progressive”, ie, socialists who endorse Biden’s agenda to flood Southern states with legal immigrants like refugees and illegal aliens.

The most recent available numbers as of February 2020, from the data trackers show that among urban counties, Davidson was tracked to 5,355 removable illegal alien cases beating out Shelby county with 3,875 cases.

It’s also true that the Tennessee General Assembly’s drift to center (the Senate may already have crossed the line to center-left), enabled by a Chamber of Commerce and refugee expansionist governor, willingly ignore the growing problem and cost of illegal immigrant numbers in the state. 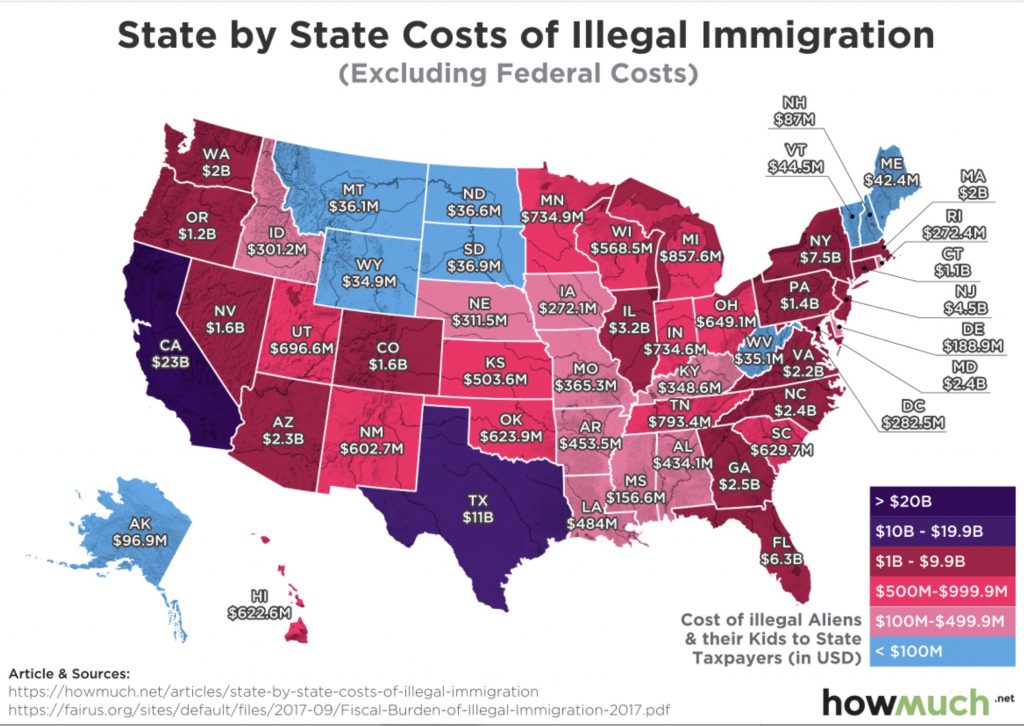 costs calculated in 2017 – how much higher today?

Well surprise, surprise, or not, but illegal immigration has already spread to rural Tennessee. Bedford county was reported to have 477 individuals in removal proceedings and Sevier 951 cases.

The status of Bean Station’s (East Tennessee) illegal alien community is not entirely clear after the 2018 ICE raid at the Southeast Provision meat-packing plant. What was reported, however, was the community’s protectionist attitude to illegal immigration.