Bill Warner Using the Right Words – Language and Doctrine
Bill Warner, Ph.D., is a respected expert on political Islam. As an international speaker, author, and video blogger, Warner analyzes Islamic doctrine using scientific methods and evaluations from the Islamic Trilogy of the Koran, the Sira, Mohammed’s biography and the Hadith, the traditions of Mohammed. Warner founded the Center for the Study of Political Islam (CSPI) to further explore and educate about Islamic ideology and its ramifications for Western Civilization.

Cathy Hinners- The Threat in our Backyard

Cathy Hinners is a decorated, retired police officer of 20 years. While active, she developed a course on Middle Eastern Crime, Culture and Community and delivered it to thousands of law enforcement officers across the country. Hinners was also a contract instructor with the U. S. Department of Homeland Security’s Center for Domestic Preparedness, delivering training to the National Guard, New York Police Dept. and other law enforcement agencies on Weapons of Mass Destruction and bomb recognition. In June of 2015, Cathy was named by the Southern Poverty Law Center, along with 11 other women, who speak out against the implementation of Sharia law in the United States. Cathy is the founder of

John Guandolo is the Founder of UnderstandingtheThreat.com, an organization dedicated to providing strategic and operational threat-focused consultation, education, and training for federal, state and local leadership and agencies, and designing strategies at all levels of the community to defeat the enemy.
Mr. Guandolo is a 1989 graduate of the U.S. Naval Academy who took a commission as an Officer in the United States Marine Corps. He served with 2d Battalion 2d Marines as an Infantry Platoon Commander in combat Operations Desert Shield/Storm. From 1991-1996, he served in 2d Force Reconnaissance Company as a Platoon Commander, Assistant Operations Officer, and the unit’s Airborne and Diving Officer. During this time, he also deployed to the Adriatic/Bosnia. He served for one year as the Unit Leader for the CINC’s In-Extremis Force, directly reporting to a Combatant Commander in a classified mission profile. Mr. Guandolo was a combat diver, military free-fall parachutist, and a graduate of the 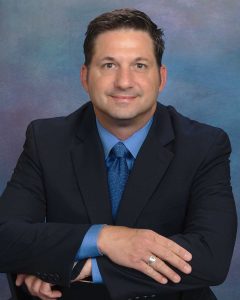