Refugee resettlement. Child wellness visits. Take your pick, Lee is neither a conservative nor a student of the U.S. or Tennessee Constitution.

First it was Lee’s failure to uphold Tennessee’s Tenth Amendment rights against the federal government forcing the state to pay for the refugee program even after the state had withdrawn.

Instead, Lee said he was committed to bringing more refugees to the state.

Even though he admitted he wasn’t a politician, he never disclosed during the campaign that he knows almost nothing about the U.S. and Tennessee Constitution. This only became known after he took office.

Lee’s proclamation to continue refugee resettlement violates the separation of powers since Lee can’t appropriate state dollars that are being used to pay for the federal program. Only the state legislature has the authority to do that.

Now Lee wants a “Child Wellbeing Task Force” to be put in place. And he’s having Penny Schwinn, TN Commissioner of Education to get guidelines written about how local school districts can come to your home and make sure your kids are okay.

Get that ALL children. 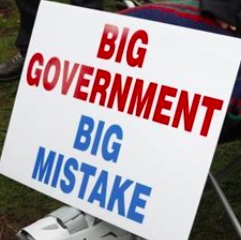 And because school districts are all ready too busy trying to educate remotely, Lee’s “guidance” will allow for “third-parties (non-district employees)” to come to your home and evaluate whether your kids are okay.

How much will this cost? What about interpreters? Will illegal aliens cooperate with the well-checkers for fear of being discovered? What about that little thing called government overreach?

Anyone else had enough of Bill Lee?

2 thoughts on “Do “Lee-vites” Have Voters’ Remorse Yet?”