Once again many Democrats are hiding under the “Independent” banner knowing if they run as a democrat in a red county, they may handily lose. Such is the case with Marian Galbraith, running for county commissioner in the 8th district.  As Ms. Galbraith’s political donations will clearly show, she is/has monetarily supported democrat after democrat, including some real winners. 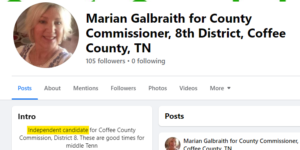 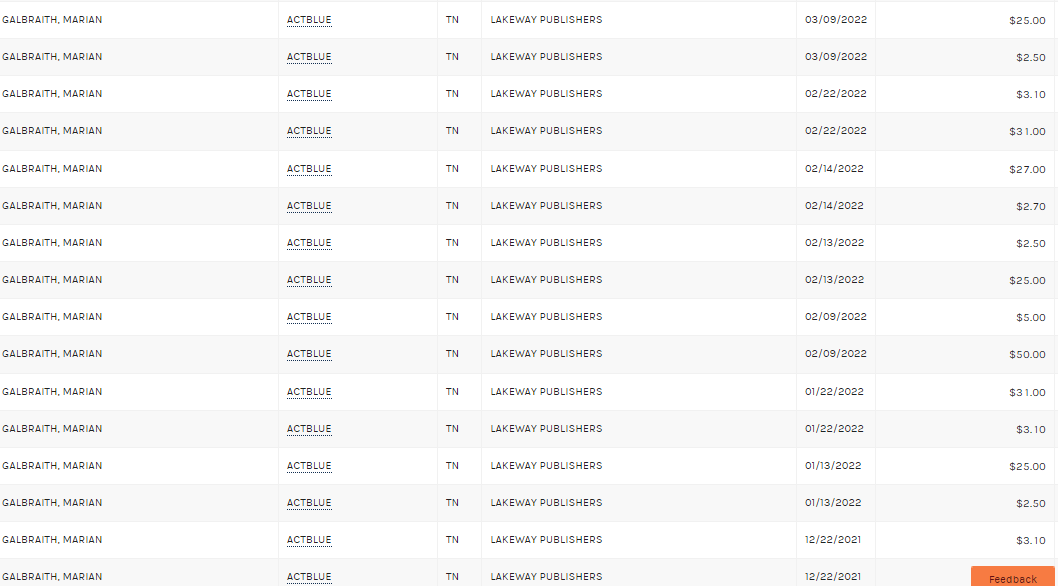 Act blue, who Ms. Galbraith has donated at least 10 times so far this year, is a far-left radical PAC. In an article written by Hayden Ludwig of Capitalresearch.org.  he breaks down what Actblue is :” Act blue in turn sends those donations to leftist candidates that otherwise could not raise money on their own. Money passes through Act Blue to the ultimate recipient and Act Blue collects a fee as payment. This also has the added effect of obscuring the ultimate recipient, since money passing through Act Blue looks like a donation to Act Blue.

Ludwig best defines how Act blue and its cohort’s work. “The trick to Act Blue is understanding that it’s a single brand encompassing 3 separate nonprofits: a 501(c)(3) called Act Blue Charities, a 501(c)(4) called Act Blue Civics, and a PAC (also called a “527”) simply called Act Blue. These groups all share leadership and office space but are legally distinct entities.

But nearly all the money Act Blue Charities and Act Blue Civics paid out is reported generically in one lump, as “passed-through contributions”—meaning those Act Blue nonprofits don’t have to disclose which groups they passed money to or how much each group received in total.

Other nonprofits largely function as pass-throughs, but they normally report the end-recipient of the money flows. I’m not aware of any other nonprofits that hide that lumping everything into the generic expense of “passed-through contributions” the way Act Blue does.”  Thank you Mr. Ludwig for that info.

On the FEC (Federal Election Commission) website, it does allow you to view the form that donations were “earmarked” for. Ms. Galbraith’s choice of democratic candidates is scary when you research who they are.  View her donations here:  https://www.fec.gov/data/receipts/individual-contributions/?contributor_name=marian+galbraith 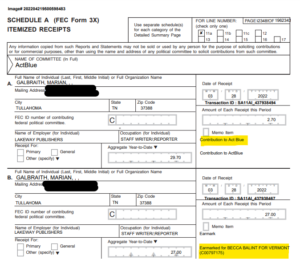 So why is this information regarding donations candidates like Ms. Galbraith and Ms. Rupa Blackwell support  so important? Because donations represent ideologies those donating adhere to. We all do it, donate to those who claim to uphold the values we want, and will instill once elected. That is why it is so important to understand who candidates donate to, but also are supported and endorsed by.

Coffee County candidates like Marian Galbraith, and Margaret Cunningham (more to come on Cunningham) use the independent label to deceive voters. Don’t fall for it.