Since early voting begins July 15, we here at Dailyrollcall.com feel it is important for voters to be informed and educated regarding local elections. We believe voting for candidates because they are nice or they are a friend is a dangerous, antiquated idea that unfortunately has been the norm and we now are seeing the results of emotional voting.

So lets begin with Independent candidate for Coffee County Mayor, Margaret Cunningham. In a recent interview with the local news paper Manchester Times, Mrs. Cunningham  implied she was for giving county employees raises: “Certainly for the Ambulance Service. We did it a few years ago for the sheriff’s office even before the current sheriff got in. But in some ways that wasn’t appropriately utilized,” Cunningham said. Cunningham said this year’s budget includes a “good effort to try to get, especially ambulance, back up to scale so we can maintain employees like we finally did with the Sheriff’s Department.

In the June 28th commission meeting minutes, Mrs. Cunningham abstained from voting for this item.

Another question surely to raise the ire of Mrs. Cunningham hits close to home..literally. In early June, the Coffee County highway department notified residents paving would begin on the same road Mrs. Cunningham resides on, which is approximately 2 miles long with about 8 homes. Another County road which leads to a heavily traveled event area, Bonaroo, has 37 homes within 2 miles and needs major repairs. Surely there must be an answer to how roads qualify to be resurfaced and repaired right?

Since our last article on Mrs. Cunningham was posted, we want to be clear that during the recent primaries, we wrote about several Republicans (Garth Seagroves, Josh Morris and others) so voters could get a sense of who they really were. Party affiliation does not matter when it comes to who we expose. Mrs. Cunningham declares herself to be a “conservative Independent”, and distances herself from the “R” party, while damming other she labels “R”.  Her response to our article was angry and threatening, which frankly was unexpected from a woman so many have praised.  Mrs. Cunningham does not like our “planting seeds” from “your kind” as it “discredits” her. This is exactly why we choose to inform voters on who candidates are.

The High School teacher from Coffee County High School, who chose to use the raised fist as he logo on his candidate signs, and supports all the radical ideologies of groups like Black Lives Matter. Stein’s choice of hardline social justice activism continues as he expressed gratitude for a virtual conference hosted by The Education Trust: Tennessee Coalition for Truth in Classrooms.  No surprise The Education Trust is a recipient of George Soro’s Open Society Foundation grant program. In 2020, the Education Trust received  $50,000  for “general support”. Stein also is a supporter of Critical Race Theory (CRT) and misled readers when he attempted to say students would no longer be able to critically think or discuss controversial topics due to a law in TN that bans CRT. 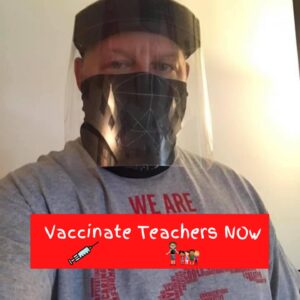 The time for electing political figures based on how nice they are, or because they are your friend or neighbor doesn’t cut it anymore. Stop voting with your heart and use your head. Strong leadership based on foundational values is necessary or say goodbye to America.