Every legislative session “the administration”, i.e., Bill Lee,  has bills they would like to have the legislature pass into law. It is the responsibility of the Senate and House Majority Leaders to either distribute the bills to other members to handle, or save some for themself to try and get passed.

This session, Bill Lee’s team handed down SB2416/HB2166 so that Bill Lee can show us how he continues to put his mark on education.

This bill is so important to Bill Lee that Sen. Jack Johnson and Rep. William Lamberth, the two Majority Leaders, are carrying the bill themselves. 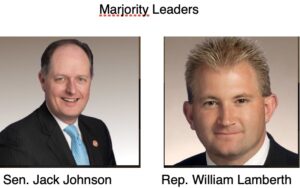 Unfortunately, the bill does not rid us of the incompetent Commissioner of Education.

This bill is full of all kinds of goodies that will relieve teachers, schools and LEAs of responsibilities.

Tucked into this bill is the part that allows schools to hide whether they use corporal punishment with students who have disabilities, because they will no longer be required to report this data to the Department of Education.

According to the group Autism Tennessee:

Of the total instances of corporal punishment in the 2019-2020 school year, 17% of the instances involved a student with an IEP or 504 plan. [these are students with disabilities]

In years past the practice was so widespread with regard to students with disabilities, that the Democrat controlled legislature passed a bipartisan sponsored bill prohibiting the Department of Education and all LEAs from hiring anyone “who has been found to have abused a child or an adult and whose name has been placed on the state’s vulnerable person’s registry or the state’s sex offender registry.”

They won’t be known if not required to report per Bill Lee’s new bill. Sadly for Tennesseans it looks like the House and Senate will put Bill Lee’s terrible bill into law on Monday. Is this really what the super-majority stands for?????

Hey Bill, that’s a great way to leave your mark on education – not