Yesterday, the Tennessee General Assembly’s Criminal Justice Subcommittee continued its hearings about Rep. Cepicky’s bill, HB1944, that would keep pornographic and obscene reading materials out of Tennessee’s schools. Plenty of people showed up to speak for and against the bill.

The video is posted through the link here https://wapp.capitol.tn.gov/apps/BillInfo/Default.aspx?BillNumber=HB1944. Get comfortable, make a big bowl of popcorn and watch the show.

Prior to the show getting started, Cepicky explained the bill and how the bill avoids broad brush book banning and the explicit guardrails in the bill to avoid indiscriminate censorship and possible constitutional challenges. As Cepicky explained, the bill permits the review of books and materials in schools to determine if they are in violation of the state’s law on obscene materials provided to minors, here and here.

Everyone knows that groups like the ACLU and other Marxist driven organizations, will sue and claim that taking pornography out of schools violates students First Amendment free speech rights regardless of whether that claim is legitimate or not. In fact, the folks who spoke in opposition to the bill including a representative of school librarians and prize-winning authors of books for minors, waived the students’ rights flag for everyone to hear. These same speakers carefully avoided addressing the super explicit examples taken from Tennessee school materials, provided by the first set of panelists.

Probably one of the most impactful points made by one panelist, was that the books found in different county schools in Tennessee, would be considered contraband and disallowed for distribution in the state’s prisons.

To no great surprise, the subcommittee’s two Democrats voted against the bill.

But, prior to the vote, Republican Michael Curcio, who is not a lawyer, schooled the committee on why the bill was “facially unconstitutional”, referred to the bill sponsor as a “show horse” and then voted NO when the roll call was taken.

Curcio explained that a “show horse” is one that does “a lot of huffin’ and puffin’” as opposed to a “work horse” who actually gets something done. 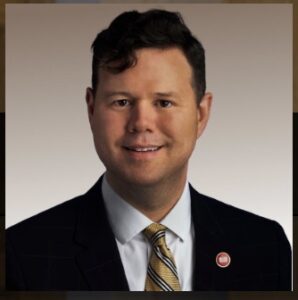 GOP Rep. Michael Curcio – claims he’s against pornography and obscene materials in schools but votes with Democrats to keep it in schools.

Email Curcio and tell him how you feel about his NO vote –rep.michael.curcio@capitol.tn.gov

Two things to consider about Curcio’s vote. First, the week before, the Main Street book store owner in Curcio’s hometown of Dickson testified in opposition to the bill. Second, two subcommittee members who actually are lawyers voted for the bill. Even more surprising about these two lawyers is that one is the Majority Leader William Lamberth, and the other is Andrew Farmer who tends to lean RINO.

Moral of this legislative hearing? Cepicky the “work horse” is putting his all into getting the needed protection for Tennessee’s school children across the finish line while Curcio stands with Democrats and leftists who want to keep pornography and obscene materials in our schools.