What the Governor hasn’t bothered to disclose, however, is that part of Trump’s lowered annual admission plan and number of 18,000 has already been committed to taking refugees rejected by Australia under a deal that was cut by Obama before he left office and which Trump agreed to honor.

Surely Bill Lee has read the section on Proposed FY2020 Allocations in the “Report to Congress on Proposed Refugee Admissions for FY2020” which says that of the 7,500 other refugees not covered by the other categories listed, the U.S. will take:

Those currently located in Australia, Nauru or Papua New Guinea who access to USRAP pursuant to an agreement between the United States and Australia.

Per Obama’s deal, the U.S. agreed to take the 1,250 illegal entrants to Australia who then claimed they wanted asylum. The group of mostly men who were detained at Australia’s offshore detention centers on Manus Island in Papua New Guinea and on Nauru, were identified as coming from Iran, Iraq, Somalia, and Sudan.

Most likely the Australia refugees will still be subject to the U.S. enhanced vetting, but seriously, if these refugees were unacceptable to Australia, why is the U.S. taking them???? 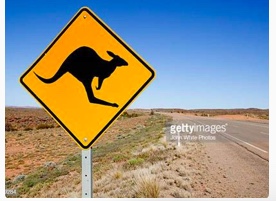 By the way, “the data U.S. officials use to screen these refugees is transmitted from a private refugee-resettlement contractor,” some of the same ones who have a financial incentive to resettle as many refugees as possible.

A 2017 report from Center for Immigration Studies researcher Nayla Rush, relates the activism of Behrouz Boochani, a Kurdish refugee (Bill Lee’s favorite kind), detained on Manus Island whose postings on social media were highly critical of President Trump. With regard to the President’s vetting measures, Boochani’s facebook page hosted a discussion about getting around some of the enhanced vetting measures. It included warnings for potential refugees to clean up their social media pages because they would be looked at under the enhanced vetting procedures.

“About Facebook. Guys can delete their pages, but still keep a backup copy on a USB drive. Or better still ask a friend who is not in Manus to download a copy. … I agree it is better to not have anything in your phone or on Facebook or Messenger or anywhere else.”

Any chance they were concerned about anti-America or pro-jihad postings?

CIS researcher adds this thought – “… added scrutiny of social media for purposes of vetting refugees only works when it comes as a surprise. Most asylum seekers today expect it and cover their tracks accordingly.”

Of equal concern, is information gathered by “United Nations experts” about the pool of Australia’s rejected refugees:

“…medical experts found that 88 percent of asylum seekers and refugees surveyed “were suffering from a depressive or anxiety disorder and/or post-traumatic stress disorder. … Furthermore, a number of very severe psychiatric disorders were identified, including gross psychopathology consistent with psychosis as well as psychotic dissociation.” Experts concluded that “[t]he prevalence and severity of mental disorders presented by the asylum-seeker and refugee population on Manus Island is extreme.” Eighty-three percent of asylum seekers and refugees surveyed on Nauru “suffered from post-traumatic stress disorder and/or depression.”

Trump initially called Obama’s agreement with Australia, a “dumb deal.” Nevertheless, the arrival and resettlement of these refugees across the United States, including in Georgia, Oregon, Colorado, Texas and Arizona, began right before FY2018 ended.

And according to the FY2020 report, it continues.

Governor Lee has insisted, repeatedly in fact, that “engaging” the state of Tennessee in Trump’s refugee program means “we have control over who comes in.”

Not so fast Gov. The State Department Bureau of Population, Refugees & Migration (PRM), says that when YOU issued your consent for refugee resettlement in Tennessee, you were not allowed to “place any other conditions on refugee resettlement, including acceptance of certain refugees or based on any other factor, such as refugees’ race, ethnicity, religion, or national origin.” 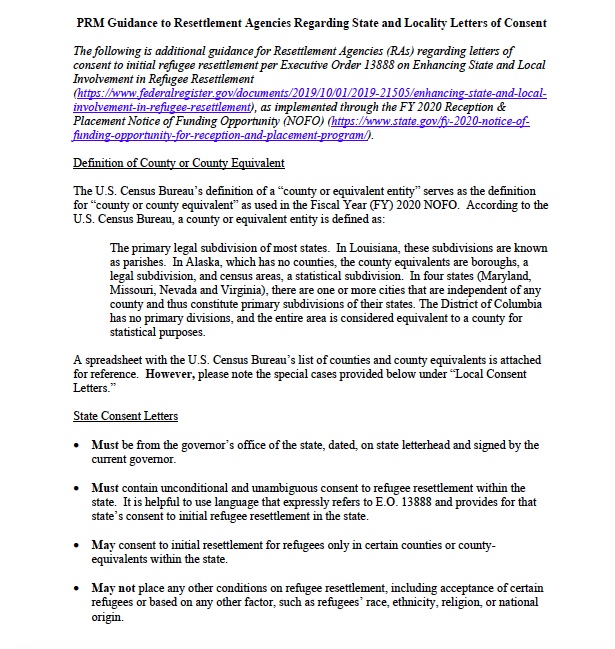