On August 28, 2019, a fundraiser for Zulfat Suara was held as she tries to win an at large seat on the Nashville Metro Council. So what? Yes fundraisers are all part of the campaign process, and certainly ones held in  a power house realtor’s home is beneficial, but do those attending know who they are in fact supporting? And if so, do they too hold the same ideology regarding antisemitism, and anti American values? In Nashville, many of those in attendance supporting Ms. Suara, are considered heavy hitters in their industry, like Bert Mathews, a real estate investor and Blair Durham, of the law firm Bart Durham Injury Law. 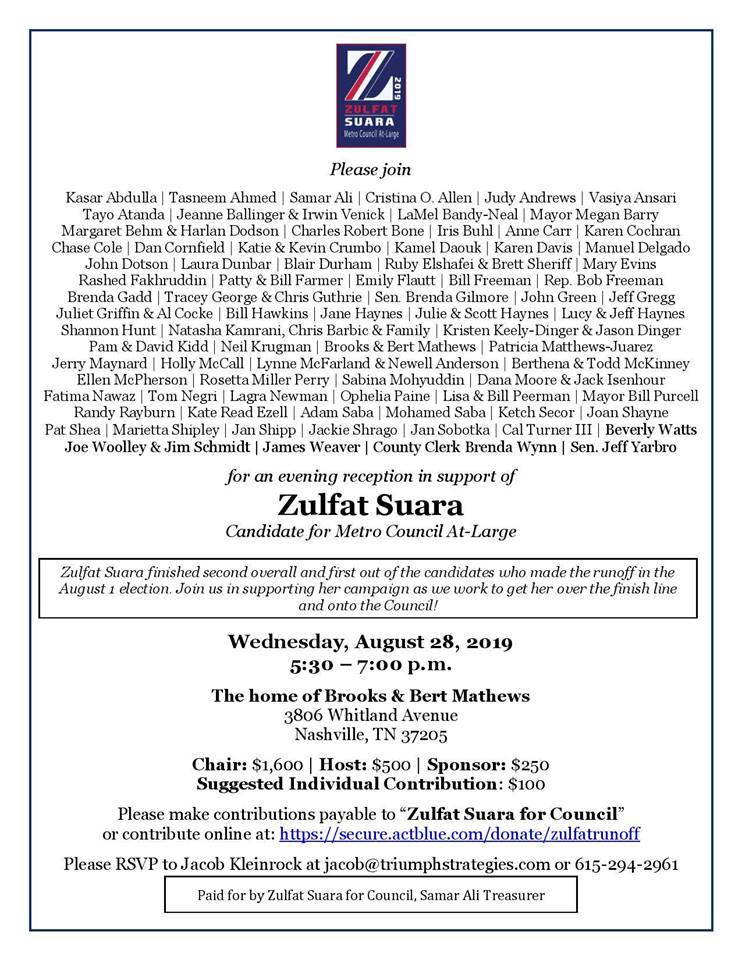 While Ms. Suara seems to do and say all the right things, she also affiliates with individuals and organizations that are dangerous and hateful. Just last year, Ms. Suara was given an award for her work in public policy by the largest Muslim Brotherhood organization in the United States, the Islamic Society of North America (ISNA), which falls under their parent group, the North American Islamic Trust (NAIT). According to federal court papers and the FBI, ISNA is the number one “friend” of the Brotherhoods front groups present in America. 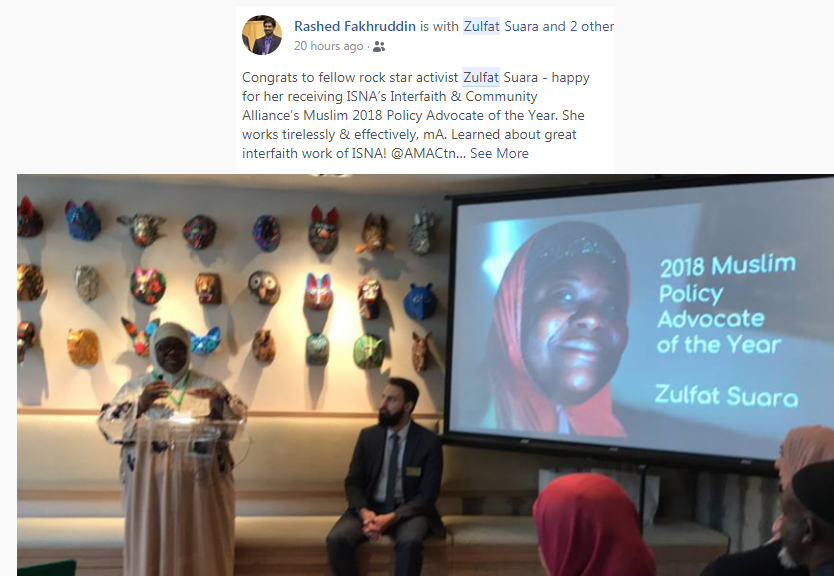 According to  FBI documents dating back as far as the late 80’s ISNA :

The FBI investigation concluded that the Muslim Brotherhood members who founded U.S.-based groups had risen to “leadership roles within NAIT and its related organizations,” including ISNA, “which means they are in a position to direct the activities and support of Muslims in the U.S. for the Islamic Revolution.” The FBI memo also said that:

Within the organizational structure of NAIT, there have been numerous groups and individuals identified as being a part of a covert network of revolutionaries who have clearly indicated there (sic) support for the Islamic Revolution as advocated by the AYATOLLAH KHOMEINI and his government as well as other fanatical Islamic Shiite fundamentalist leaders in the Middle East. This faction of Muslims have declared war on the United States, Israel and any other country they deem as an enemy of Islam. The common bond between these various organizations is both religious and political with the underlying common goal being to further the holy war (Islamic Jihad). 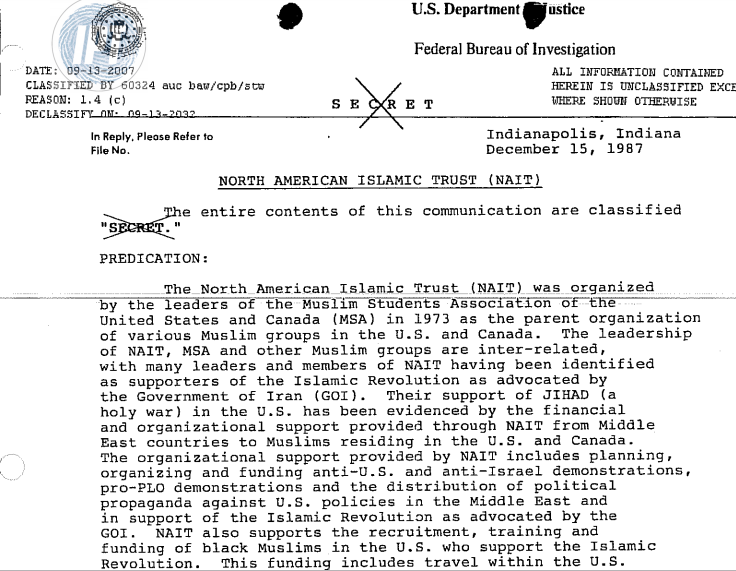 Unfortunately, Ms.Sulfat’s choices of who she rubs elbows with doesn’t end with just the unsavory Muslim Brotherhood, but rather the openly anti Jewish, America haters in Congress Rashida Tlaib, and Ilhan Omar. Both who also support Muslim Brotherhood organizations, as well as Hezbollah and Hamas.  Do those supporting Ms.Suara know she is “inspired” by Omar and Tlaib, despite their openly anti Semitic remarks, which both continue to stand by, and continue to spew? 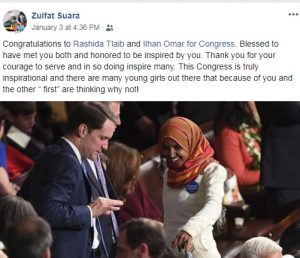 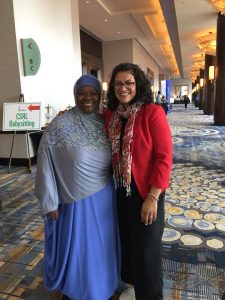 Do her supporters also agree with her statement regarding women that hold different beliefs go to hell? 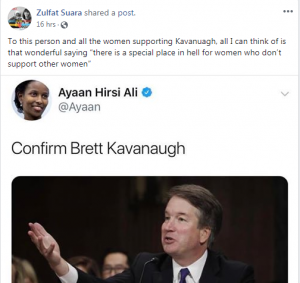 This isn’t about Ms. Suara being black, or Muslim. This is about her affiliations that are no different than someone running for political office that would be accepting an award from the KKK, or other hate group. Can you imagine any other political candidate attending a conference loaded with KKK leaders and members, being inspired by and honored by them?

By supporting Zulfat Suara financially or physically, are her supporters like Bert Mathews of the Mathews Group, or Blair Durham, from Bart Durham Injury Law sending a signal that this is the ideology they too believe in?

Supporting a candidate for any political office takes a process of researching and asking questions. It appears either those listed as supporting Zulfat Suara either didn’t do their homework or they too agree with her philosophy.

Remember the old saying… if you lay down with dogs, you get up with fleas.