Even if Governor Lee doesn’t agree or even care what counties think. Remember he basically said the counties “are at the mercy of the state.”

After the federal refugee contractors had their temper tantrum, whining, moaning and groaning about having to actually get written consent from governors AND from county executives, the federal profiteers went ahead and sued the Trump administration.

Aside from their overt hatred of the President and perhaps their worry that the pubic dollar gravy train the resettlement industry relies upon could actually force them to fundraise (they are “charities” after all), three of the federal resettlement contractors sued to enjoin the President’s Executive Order.

They want this consent stuff stopped NOW and PERMANENTLY. In fact, they want to have it declared invalid.

But Trump’s Department of Justice is having none of it – or at least that’s what they are arguing. And what they have told the federal court in Maryland is directly the opposite of what Bill Lee says with regard to counties. For some reason, the DOJ keeps repeating in their legal memo to the court that local governments are supposed to be consulted about whether they want refugees resettled to their communities.

First the DOJ lawyers have the audacity to cite to federal law:

The Refugee Act sets out a number of factors for federal agencies charged with making placement decisions to consider when making initial placement decisions. In carrying out this initial program of resettlement under Section 1522(a)(2)(A), the Government shall consult regularly (not less often than quarterly) with State and local governments…

And they just keep repeating that local governments are part of the refugee resettlement equation:

“Although there is an existing process by which the Federal Government consults with State and local governments to identify the best environments for refugees, ‘[s]ome States and localities [ ] have viewed existing consultation requirements as insufficient, and there is a need for closer coordination and a more clearly defined role for State and local governments in the refugee resettlement process.’”

“[c]lose cooperation with State and local governments ensures that refugees are resettled in communities that are eager and equipped to support their successful integration into American society and the labor force.” As the Executive Order explains, ‘State and local governments are best positioned to know the resources and capacities they may or may not have available to devote to sustainable resettlement, which maximizes the likelihood refugees placed in the area will become self-sufficient* and free from long-term dependence on public assistance.’”

“As explained in the Executive Order, it is the policy of the United States to cooperate and consult with State and local governments and to take into account their preferences when determining whether and where to resettle refugees. Executive Order § 1” (emphasis added)

How in the world could Bill Lee get this all so very wrong? 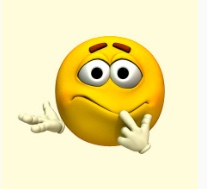 And what’s his justification for deciding that counties are second class citizens and their position on the issue just doesn’t matter? Does he think that just because the law says the federal government is supposed to consult with local governments, he doesn’t have to?

*for whatever it’s worth, this “self-sufficiency” language is deceiving – here’s what it really means – a refugee be in most public assistance programs such as public housing, Medicaid, Food Stamps, WIC, etc.” and still be considered “self-sufficient.”

1 thought on “The U.S. Department of Justice Adamant That Counties Be Consulted About Refugee Resettlement…”