Now that Donald Trump is going to be the next President of the United States, those that supported Hillary Clinton seem to be finding a million ways to make Americans look racist, xenophobic, bigoted, and Islamophobic. This is especially true with the Muslims in America, as they continue to embellish and deceive the media and public. In a recent article by several left leaning, somewhat questionable journalistic news sources,  headlines have read FBI hate-crime report sees 67 percent surge in attacks on Muslims.

According to the FBI, Jews were the number 1 victim of religious bias, with Muslims falling behind them. (see full report here:https://ucr.fbi.gov/hate-crime/2015/topic-pages/victims_final)

While any percent of any type of bias is unacceptable, Muslims are not the victims they portray, especially of hate crimes. According to Muslims, anything they find offensive is hate, and any incidents that may occur are crimes. Paul  Iesa Galloway, from the Nashville American Muslim Advisory Council states in a Huffington Post interview his wife, who wears a headscarf, has been yelled at to Go home! A colleague believes her scarf was the reason the driver of a huge pickup tried to run her off the road last week in Knoxville, Tenn. A student he knows in Nashville said a teacher told Muslim and Latino students to get their passports ready now that Trump will be president. 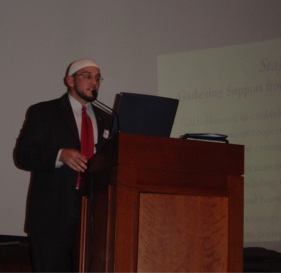 While the scarf and passport incidents may be mean, and harassing. they are by no means a hate crime. The incident of a woman stating she was almost run off the road believes it was due to her being Muslim, is very different than having proof that was the reason. According to the FBI the definition of hate crimes is A hate crime is a traditional offense like murder, arson, or vandalism with an added element of bias. For the purposes of collecting statistics, the FBI has defined a hate crime as a criminal offense against a person or property motivated in whole or in part by an offenders bias against a race, religion, disability, sexual orientation, ethnicity, gender, or gender identity. Hate itself is not a crimeand the FBI is mindful of protecting freedom of speech and other civil liberties.

Yes, there have been actual hate crimes committed against Muslims, but there is a rise in hate crimes against other minorities more so. Jewish students on campuses across the country have been the victims of hate crimes from groups promoting the Boycott, Divest and Sanction  (BDS)movement, while gay men have suffered an uptick due to the rise in Muslim migration. One such hate crime, was Islamic terrorist Omar Mateen, who entered a gay night club in Orlando FL killing 50. That is a hate crime.

So while embellishing incidents are popular by Muslims, so are incidents that never occurred.

NYPD: Woman Who Claimed She Was Slashed Admits Lying; Wounded Herself

Deceit by Muslims is nothing new, its called Taqiyyah, and is acceptable in Islam. Muslims, and the progressive liberal media have a great relationship, sort of like drug dealers and their clients. Supply the media with good stuff and they are hooked.

Islamophobia doesnt exist. Their need to gain sympathy and support does.