Why hasn’t Bethany Christian been asked to testify to the Tennessee Joint Study Committee on Refugees whose charge is to address the situation with UAC arrivals to the state? Why is this organization being shielded from legislative and administrative scrutiny?

Tennessee’s Dept. of Children’s Services (DCS) has known or should have known all along that they licensed Bethany Christian Services to provide foster care services to UACs* arriving in Tennessee.

Recall, that DCS was grilled by the Joint Study Committee over their licensing of the Baptiste Group, a federal contractor which was providing housing and other services to UACs in Chattanooga.

Like Baptiste Group, Bethany Christian (BC) is a federal contractor with the U.S. Office of Refugee Resettlement and gets paid by the federal government to provide services to arriving UACs. Unlike Baptiste which provided the housing itself, BC finds foster care parents to house children smuggled to the border until they are placed with a self-identified sponsor.

According to Amy Scott, Nashville Branch Director at Bethany Christian, “our role is to care for children who flee to the U.S. without their families, reunite families, and restore communities.” Further down in her January 2021 Tennessean op-ed she makes it clear that she is talking about UACs and discloses that they have provided transitional (short-term) foster care to 8,000 arriving UACs since 2013. 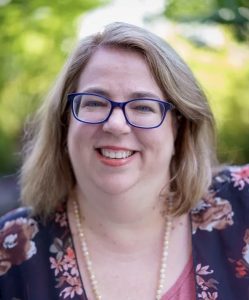 BC is among the largest adoption and foster care providers in the country and has multiple offices in other states. In Tennessee BC operates in Nashville, Knoxville, Chattanooga, Johnson City and Memphis, so it is not clear whether Scott’s reference to the 8,000 UACs served refers solely to Tennessee.

According to BC’s website Nashville is the only Tennessee location providing foster care to UACs at this time but they are actively seeking to expand “beyond [the] locations” listed.

BC is also an advocate for increasing the number of overseas refugees to be resettled in the U.S..

Without question, BC is in the same business as the Baptiste Group. The sole difference between them is that Baptiste operated a facility where the UACs were housed whereas BC farms the UACs out to paid foster care homes.

Both Baptiste and BC get paid by the federal government for these services.

Both Baptiste and BC are licensed by the Tennessee Department of Children’s Services but only Baptiste was ever discussed by the Joint Legislative Committee on Refugees. In fact, the committee legislators made a big show about going after the Baptiste Group once it became public that Baptiste was being paid to provide transitional housing and services to UAC arrivals in Chattanooga. DCS was grilled about the licensing.

Why hasn’t BC been called to account for facilitating illegal immigration with UACs by the Joint Legislative Study Committee on Refugees? Why hasn’t DCS been questioned about its licensing for BC?

The Joint Committee’s agenda for its upcoming meeting on October 12th, appears to be going after federal ORR contractors which have been identified for providing services to UACs arriving in Tennessee.

Bethany Christian Services is not included – why not? How credible is this Joint Committee or these legislators if they are willing to shield a self-identified UAC provider?