Unfortunatley, Lee’s self-righteous arrogance is dominating. He was quoted this week saying that he’s sticking to his decision to bring refugees to Tennessee and have the state pay for them.

It’s the same self-righteous arrogance that had him proclaiming for all to hear that the counties have to defer to his decision in the matter. As much as he likes to claim that he’s supporting President Trump on the refugee program, Lee didn’t even bother to follow the President’s Executive Order about county governments having a say.

What the kool-aid drinking Governor Lee is following though, are the talking points from the federal resettlement profiteers who like to say that the federal government pays 100% of the cost for refugee resettlement. 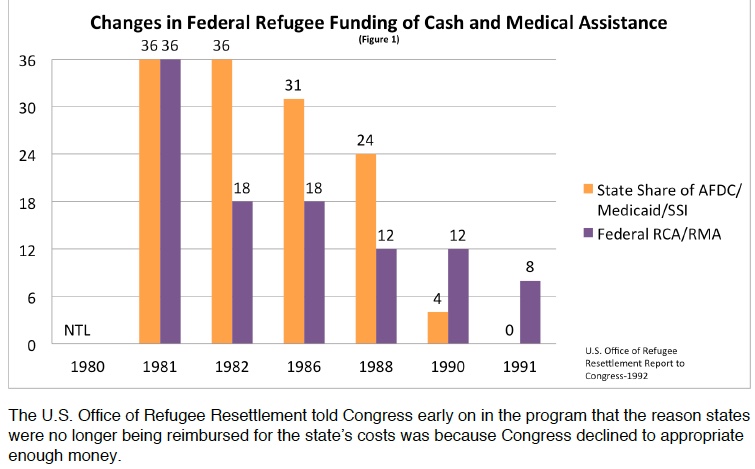 How then does Biblical Bill explain the federal reports and US Senators admitting that the costs of the federal program have been involuntarily transferred to state and local governments?

Certain other issues aside, Lee has managed to flip off the conservative base so he can stand with the radical left groups like TIRRC and AMAC who always resort to name-calling and emotional arguments when, as is typically the case, the facts don’t support their position.

President Trump offered states a somewhat orderly decision-making process to decide about allocating costs and human capital related to the FEDERAL refugee resettlement program. Not only did Lee NOT FOLLOW the prescribed process, but he managed to create deep divisions within his own party.

Happy day for the ever so smug lefties.

But some Tennessee legislators who actually understand which branch of the state government has the Constitutional power and duty to appropriate public money, have offered Lee a way out of the mess he has created.

Rep. Ron Gant has a bill that basically tracks what the legislature did on the Medicaid expansion issue a few years ago.

Towards the beginning of his second term, Haslam, (at best, a left of center Republican), kept trying to figure out how to sign onto Obama’s Medicaid expansion plan. So he came up with his own Medicaid expansion plan and called it “Insure Tennessee.” But the General Assembly understood that Haslam’s plan was going to require boo-coos of state dollars which could only be approved by the legislature.

So the House and Senate passed a bill, opposed by all Democrats, requiring the governor to get the consent of the legislature before he obligated the state to a federal program requiring the expenditure of state dollars.

As an aside, Dickerson is named in a federal and state lawsuit “ being accused of submitting more than 750 false claims, nearly $6.5M in fraud” to Medicare and Medicaid.

If you compare Gant’s bill and the 2014 bill signed into law by Haslam, you’d see that Rep. Gant and the 51 co-sponsors (hopefully there will be more), are doing what is Constitutionally legitimate and appropriate with regard to yet another federal spending program.

If the Governor had any political and common sense, he’d put more ink in his bill signing pen and let the legislators know that he’d sign this bill if it makes it to his desk.

Contact Rep. Gant’s office and let him know how much you appreciate his leadership on this issue rep.ron.gant@capitol.tn.gov or call 615-741-6890

Call the Governor and tell him to start working with the legislators and not against them and the voters who gave him the privilege of serving them – 741-2001 or email him https://www.tn.gov/governor/contact-us.html

If your legislator is not signed onto Gant’s bill, ask them to sign on. If they have signed on, contact them, thank them and tell them to push forward.

A related item is Rep. Terri Lynn Weaver’s resolution HJR741 in support of Tennessee’s Tenth Amendment lawsuit. See if your legislator is listed and if not – get them to sign on. This is critically important since the slick-tongued Bill Lee has said he supports the lawsuit but then undermines it by consenting to bringing in more refugees.