How can it be that organizations which should be providing unbiased and straight-forward information to county governments are instead trying to carry water for the Governor?

Here’s what one of those organizations is circulating with regard to the issues around the Governor’s consent to continue refugee resettlement:

“Which counties are affected?

Actual arrival numbers reported by the Catholic Charities’ Tennessee Office for Refugees (TOR) chosen by the U.S. Office of Refugee Resettlement to administer the program after Bredesen withdrew the state, for the five years starting in October 1, 2014, shows 7,688 arrivals.

FY2019 had a total of 692 arrivals in Tennessee and during the last quarter refugees were also placed in Rutherford, Bradley and Washington counties. 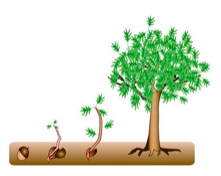 It’s important to remember that refugee arrivals are cumulative, building on prior year arrivals. Add to that secondary migration numbers and that’s how the little acorns grow into big oaks. How else did Nashville end up with the largest Sunni Muslim Kurdish community in the U.S. which by their own count put their numbers at approximately 15,000.

And suggesting that refugee resettlement “has primarily been an issue affecting the four largest urban counties” ignores all the facts laid out in Tennessee’s Tenth Amendment lawsuit. How about the fact that all Tennessee taxpayers pay for the public school services refugee students receive, and that all Tennessee taxpayers ultimately pay the costs for the refugee program which the federal government decided they weren’t going to pay anymore. As stated in Tennessee’s lawsuit:

Actual arrival data reported by TOR shows that during the October 2014 – 2019 time period, federal contractors have placed refugees outside of the four urban areas including in the following counties:

Even though Rutherford County does not have a resettlement agency located in the county, the county has been used as an initial resettlement site at least since 2012.

Facts can be oh so very stubborn.