Here we are in 2022 where police officers are being assaulted, harassed and killed, with crime at an all time high in many liberal run cities and Nashville wants to give a racist, anti-police organization $750,000. In May of 2021, Mayor John Cooper created a Community Safety Partnership Fund Advisory that reports to the Board Mayor’s Office of Community Safety which makes recommendations to the Metro Council for grant funding to nonprofits.

This Community Safety Partnership Fund Advisory Board, which is comprised of “experts” has no budgetary authority but does send recommendations to the Metro Council which includes where grants and donations are disbursed.

Two non-profits have been recommended to the board to split a $1.5 million dollar pilot “violence interruption” program, Gideons Army is one of the two. The issue at hand, is it appears Gideons Army creates more violence than it interrupts.

On Sept 22, 2022 founder of Gideons Army, Rasheedat Fetuga entered Pearl Cohn High School, where she deliberately ignored requests by staff to stop, yelling profanities as she looked for Principal Miriam Harrington. After several attempts to remove her failed, Fetuga eventually left, but on her way out she removed a picture on the wall in the lobby, and once outside began to stomp on that picture breaking the glass and frame.

In April of 2022, another employee of Gideons Army, Charles Brooks, was sentenced to four years in federal prison related to his role in a shootout last year in a North Nashville neighborhood.  In 2006, Brooks faced state charges for voluntary manslaughter. 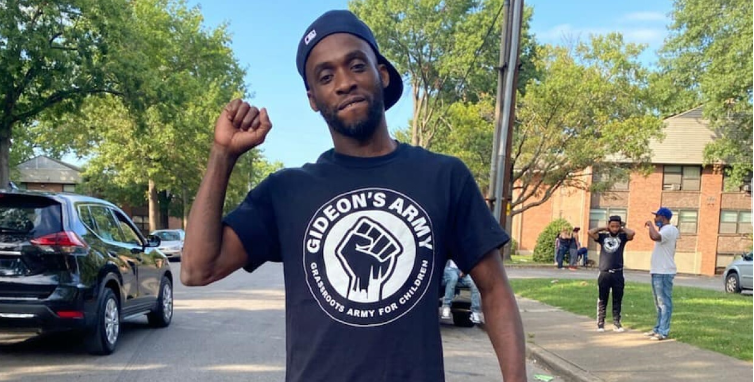 Also in April of 2022, paid employee of Gideons Army Cleveland Shaw, was killed in what police say was another shootout on nearby Clarksville Pike.

In November of 2020, we (Dailyrollcall) published an article exposing Gideons Army revealing some disgusting details about members of a group that claims to be “for the children”. 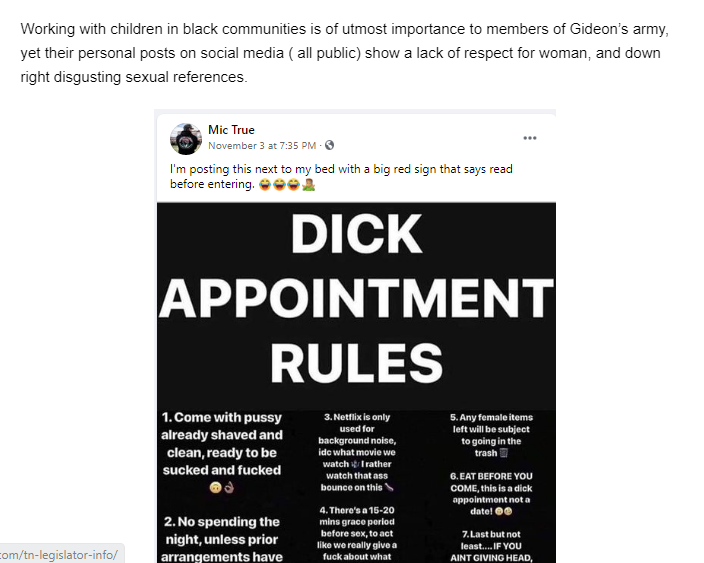 In order to be an effective organization that claims to want to stop violence within the community, you must have a good relationship with law enforcement. Gideons Army may say they do, however they are promoters of the defund the police movement. 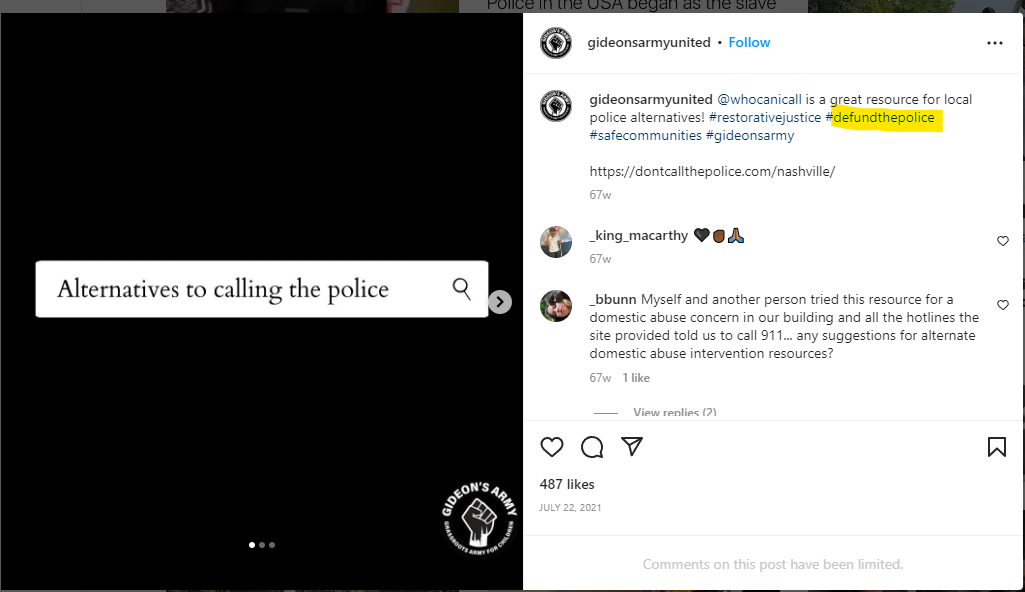 While Gideons Army may have provided the community with groceries, and occasionally helps kids, does it appear they are a racist front group, run by anti police activists? The last thing these social justice warriors need is $750,000.

1 thought on “Is Nashville’s Gideons Army Racist and Anti-Police? You Decide!”