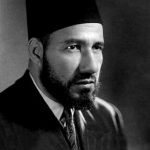 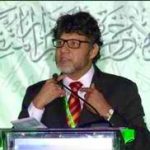 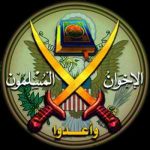 The Muslim Brotherhood. Founded in 1928 by Hassan al Banna believes the goal is to instill the Quran and Sunnah as the “sole reference point for … ordering the life of the Muslim family, individual, community … and state” to all nations and their people. The motto of the Ikhwhan “Allah is our objective; the Prophet is our leader; the Quran is our law; Jihad is our way; dying in the way of Allah is our highest hope.”

Several front groups of the Muslim Brotherhood are active in the United States pushing their goals, The following are just some of those numerous organizations.

The Muslim Student Association is located in over 600 chapters on American college campuses and universities.

From the Investigative Project on Terrorism, this is a complete overview of the Muslim Student Association.

ISNA was founded by members of the Muslim Brotherhoods first U.S. organization, the Muslim Students Association (MSA). ISNA was named an unindicted co-conspirator in the Holy Land Foundation (HLF) trial for financing the terrorist group HAMAS.

HAMAS is dedicated to the destruction of Israel and is a U.S. designated terrorist organization. 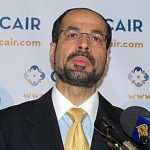 CAIR, a Muslim civil rights organization, is best known for being designated an un-indicted co-conspirator in America’s largest terrorism funding trial to date. As part of the Holy Land Foundation, CAIR and several of its members were found to be funding Hamas. 109 indictments were handed down in this trial. CAIR representatives have appealed to the Dallas District court to have the status “un-indicted” removed, however Judge Jorge Solis  presiding over the case denied the motion stating there was ample evidence it had funded Hamas. CAIR is also known for its frivolous lawsuits and reports of hate crimes, which a vast number never occurred, Some of the following documents were used as evidence in the Holy Land Foundation trial. Many of these documents begin in Arabic, but the English version follows.

Officially known as An Explanatory Memorandum: The General Strategic Goal for the Group In North America, this document was discovered during a raid at a Muslim Brotherhood members home in  preparation for the Holy Land Foundation trial. It contains the agenda of the Muslim Brotherhood in America.

CAIR, originally known as the Islamic Action for Palestine this document details their role and goal in this overview.

An overview of some of today’s CAIR leaders and their ideology.

Memorandum of Opinion of the Holy Land Foundation Trial

The Coronavirus Pandemic vs. the Limits of Governmental Power