Did Hagerty know Samar’s husband before or after he hired her and if so, what did Hagerty know or not know about him and his sharia finance experience?

We already know that globican Hagerty (an elitist who acts like he is entitled to Lamar’s U.S. Senate seat), knows Samar Ali and her father.

Shortly after Hagerty as Commissioner of TNECD hired Samar in 2012, it was reported by a long-time Republican blogger, that Hagerty told a First Tuesday gathering that “I got a call from her father asking me if I would look at her resume.”

Samar, however, claims that she met Hagerty through the White House fellows program, not through her father. While Hagerty and Ali were not White House fellows at the same time, Hagerty was a member and chair of the regional selection panel for the President’s Commission on White House Fellowships from 1997 – 2009, spanning the Clinton, Bush and Obama administrations.

Samar served as a White House fellow from 2010 – 2011. Applications for the fellowships are accepted several months before the start of the following calendar year, so it’s certainly possible that Samar met Hagerty through the application process even if it was her father that put her resume in front of Hagerty.

By the time Hagerty hired Samar, she had married Amr El-Husseini on September 3, 2011. 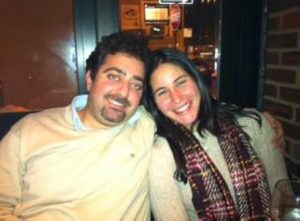 Samar and El-Husseini share sharia compliant finance expertise. Samar was hired by Hagerty as the Assistant Commissioner for International Affairs.

At the time Samar was hired by Hagerty, other states like Illinois were looking at “growth opportunities” related to the Gulf states, so it stands to reason that Hagerty may have had similar ideas in mind. At the time Hagerty hired Samar, she and her husband El-Husseini, each brought deep contacts in Qatar and the UAE, or at least were connected to the financial centers. 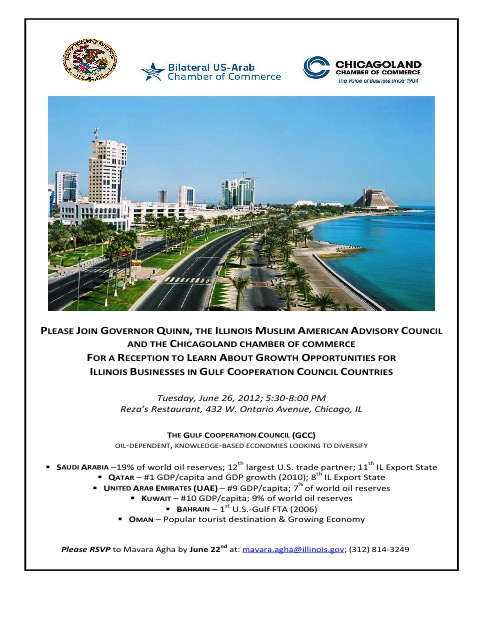 Who is Amr El-Husseini?

In 2014, El-Husseini launched the Nashville-based Lodestone Advisory Group and serves as the Chief Executive Officer overseeing the company’s global operations. Samar serves as a director of the organization.

At the same time that El-Husseini was getting Lodestone off the ground, he started a two-year term as a “Board Member for an international banking subsidiary of the QIB Group.”

QIB stands for the Qatar Islamic Bank which is the largest sharia compliant lender in Qatar. A sharia supervisory board oversees the bank’s financial operations to ensure it is compliant with sharia law.

El-Husseini worked for QIB for over six years from 2008 to 2014, starting as an investment manager and eventually moving up to Senior Executive Manager & Head of International Development.

For at least three years of El-Husseini’s time at QIB, the long-standing spiritual leader of the Muslim Brotherhood, Youssef al-Qaradawi served as the chairman of the sharia supervisory board. Qaradawi has described sharia compliant finance as “jihad with money.”

Qaradawi, “has held leadership positions in at least two groups that have been internationally sanctioned for their support of terrorist organizations.”

Sharia Finance Watch adds this: “[i]n 2001, Sheikh Qaradawi was the chairman of the Shariah Advisory Board of Bank al-Taqwa, which was shut down by the United Nations and the US Treasury Department for funneling large amounts of money to several Jihadist terrorist organizations, including Ayman al-Zawahiri’s Egyptian forerunner of Al Qaeda. Much of the money came through a Shariah-Compliant real estate firm in New Jersey and the money was funneled to the terrorist groups as zakat payments to charities. Last year, [2009], the US Treasury Department designated the Union of Good, an umbrella group of 57 charities run out of Saudi Arabia, as a terrorist entity. Qaradawi runs the Union of Good.”

Qaradawi is banned from entering the US and the UK because of his ties to terrorist organizations. Among his many fatwas he has condoned HAMAS suicide attacks and using women for suicide bombings against Israeli civilians. Qaradawi says that the “martyr operation” of blowing oneself up is, “the greatest of all sorts of jihad in the cause of Allah.”

Ironically, Qaradawi has predicted that Islam would, “conquer Europe [and] America – not through sword but through Da’wa [proselytizing for Islam].”

The QIB has also been identified by the US State Department as a funder of terrorism. In early 2018, the UAE, Bahrain and Egypt, led by Saudi Arabia, “accuse[d] Qatar of financing extremist groups, including the Muslim Brotherhood” and cut off diplomatic and trade relations with Qatar. Going further, the UAE directed their financial institutions to freeze bank accounts and investments connected to banks and individuals in Qatar.

During his time at QIB, the good son-in-law-to-be, El-Husseini organized a fundraiser in Qatar for the Jerusalem Fund – the Jew and Israel hating D.C.-based organization led by Samar’s father Subhi Ali. El-Husseini and Ali could not have picked a more fitting locale since Qatar does not recognize the State of Israel and bans Israelis from entering the country.

Hagerty and co-White House fellow clubber Steve Gill, have defended against any legitimate questions being raised about Samar who more recently, helped get elected to Metro Council, the former AMAC chair who admires Jew-haters Rashida Tlaib and Ilhan Omar.

Is Hagerty looking more like a a pro-Islamist globalican as opposed to the picture he is trying to paint of himself growing up shoveling asphalt, baling hay, and raising pigs? Gee, aw shucks Bill, you left those “Tennessee roots” a long time ago to run with the elite money-handlers.

So far, “Hagerty’s Harem” of endorsers include:

No matter how many endorsements Hagerty gets, the conservative base has a long memory and Samar’s recent involvement in local politics, the memories are all coming back like the bad dream it was.

The biggest mistake Hagerty and the Haslam administration made with the hiring of Samar, was not being honest with the conservative base. What makes anyone think Hagerty is any different today