S.2641, the bill Marsha Blackburn has signed onto, mandates a fast track for Syrians, Iraqis and Kurds who claim they were in some way connected, however loosely or remotely, to America’s fight against ISIS. The bill’s language in this regard is very broadly written.

The bill was finally amended to limit the number of Special Immigrant Visas (SIV) to 400 for these groups, but it is important to note as the bill does, that the 400 SIV limit does not apply to the annual refugee admission cap which President Trump set at 18,000 for FY2020.

The bill also has an interesting “carry forward” provision meaning that if the full 400 SIV set aside for Marsha’s pet groups isn’t met in any fiscal year, the unused number will carried forward to the next fiscal year.

Marsha appears to stand at odds with the President since it seems like with this bill, she believes the U.S. owes the Kurds something. For sure she’s not well versed in the Nashville Kurds’ political work against her Republican colleagues.

A recent piece by investigative journalist Daniel Greenfield, a Shillman Journalism Fellow at the Freedom Center, should give Marsha pause about moving forward with the bill she is co-sponsoring. In fact, she should be taking a lesson from her former House colleague Rep. Chuck Flesichmann and asking to have an in-depth investigation of the SIV program launched immediately before trying to expand the program to cover new groups. 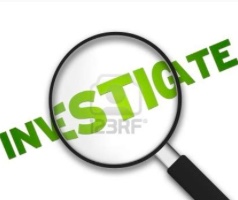 Greenfield covers a lot of ground in his recent piece, How the ‘Interpreter’ Scam Brought 75,000 Iraqis and Afghans to America. In fact, just substitute, Syrian or Kurd anywhere in the piece you see Iraqi or Afghani – program guidelines for admittance work the same in Marsha’s bill and may actually be even more lenient in ways a Syrian or Kurd could qualify for SIV status. Per Greenfield:

….The Special Immigrant Visa scam has been sold for over a decade using the same claim that it’s needed to save the lives of Iraqi and Afghan interpreters who are risking death by helping American soldiers.

In one decade, the United States has handed out 75,250 of these visas to Iraqi and Afghan employees, and their dependents. Between 2007 and 2017, they represented 1 percent of all immigrant visas.

The truth is that the military brass has wrongly used the incentive of Special Immigrant Visas to recruit local personnel and cut costs by promising them resettlement in the United States. Considering the costs of resettling even the nicest Iraqi or Afghan families, it would have been cheaper to pay each of them a six-figure salary. But that would have come out of the defense budget. The SIV scam passes the buck to local cities and states, to ordinary taxpayers and communities who have to hire interpreters who speak Pashto to interact with the children of the interpreters who are swamping local school systems.

…85% of SIV recipients have received refugee resettlement benefits. Over 17,000 have been dumped in California, over 10,000 in Texas, and over 7,000 in Virginia. In Virginia, that meant that over 800 Iraqi children and almost 2,000 Afghan children became part of the system. In Northern Virginia, SIV holders increased tenfold and doubled in just one year, putting a potential terrorist population close to the center of government, to top terror targets, including the headquarters of the CIA in Fairfax County.

Meanwhile a GAO report found that 60% of SIV refugees were unemployed after three months and 94% were on food stamps.

70% of Iraqi SIVs were unemployed.

In one single year, SIV refugees racked up $80 million in federal aid from two agencies alone. That doesn’t account for some federal refugee assistance programs that go on for as long as 5 years.

According to the Congressional Budget Office, the “estimated budgetary effects [of Marsha’s bill S.2641], would primarily stem from:

In case Marsha hasn’t been paying attention, those are some of the costs involved in Tennessee’s Tenth Amendment lawsuit. Of course, since she’s been a Washington-based legislator for over 16 years, she’s been part of the federal machine pushing those costs onto her own state.

2 thoughts on “Should Marsha Have the SIV Program Investigated Before Trying to Expand It?”